Huge Trade Part 1: The Everything but Allen and Ginter

I recently was contacted by Steve (aka apba66and0) regarding a ton of cards he had from my want lists, including a load of Olympic cards. I didn't have much from his want lists, but he let me bribe him into trading for some assorted minis, A&G relics and Yankee Stadium Legacy inserts.  When I say huge trade... 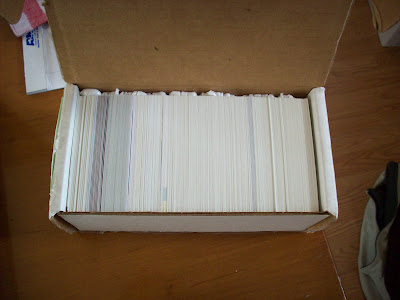 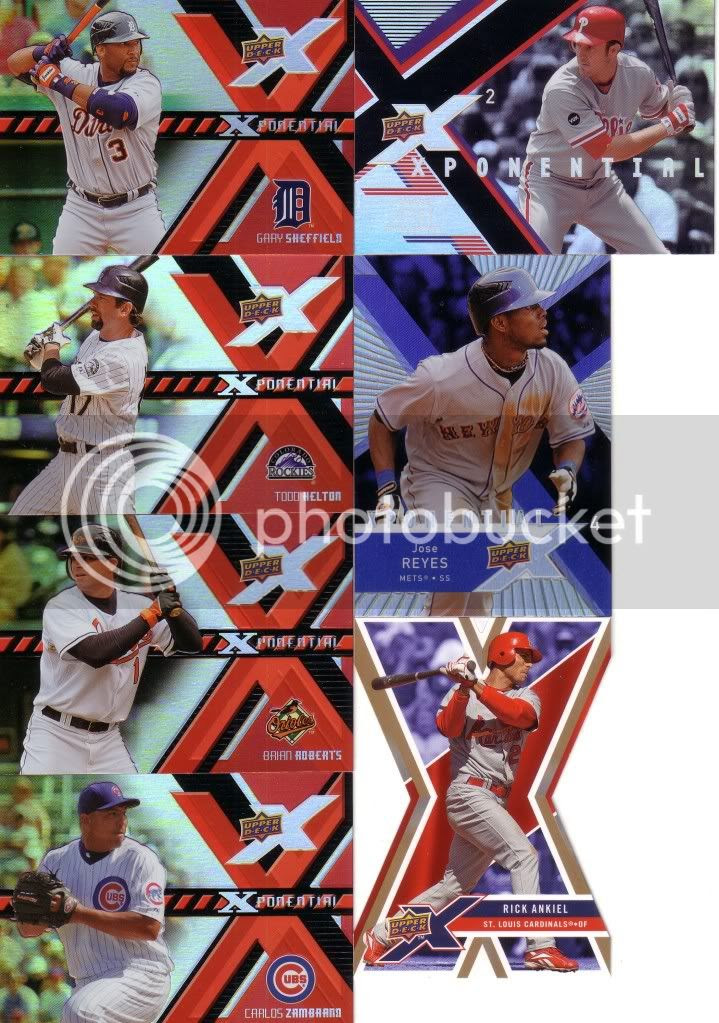 The gold die cuts are always very appreciated since they are few and far between these days.  The Ankiel actually finished my second page of the UDX trifecta set (base, die cut, die cut gold).  2 Pages down, 32 to go.  He also hit a variety of my other lists: Not shown is a 2008 APOH Dontrelle Willis I needed.  I'm now down under 20 cards needed for the 2006 Fleer Tradition set.  My want lists are slowly dwindling.

The big draw of this trade was the Olympic cards he had for me.  I had posted the 32 packs I opened here, here, and here. Well, apparently Steve opened a ton of this stuff because not only did he help me finish off my second base set, he finished my Fun Cap/Pog needs.  He could have stopped there, but then he sent me 11 of the Dufex Posters I needed: 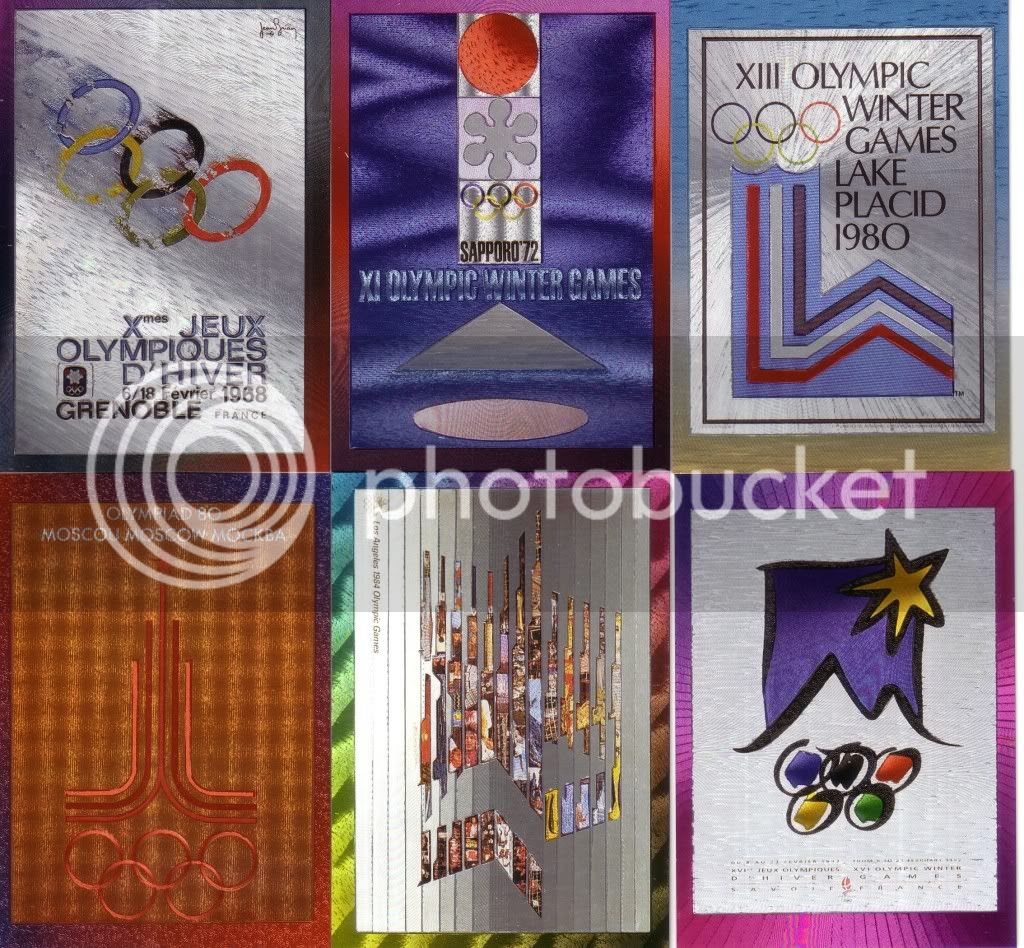 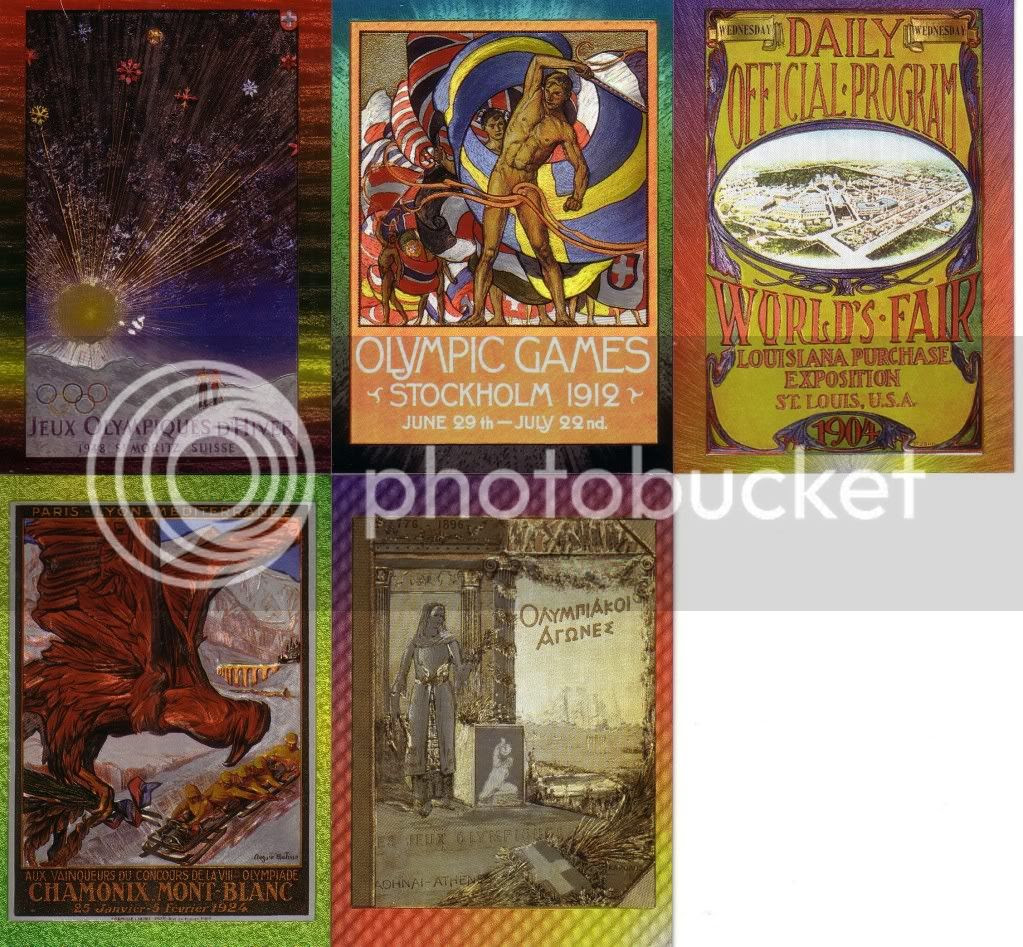 On top of that, he also included 5 of the Torches I needed. 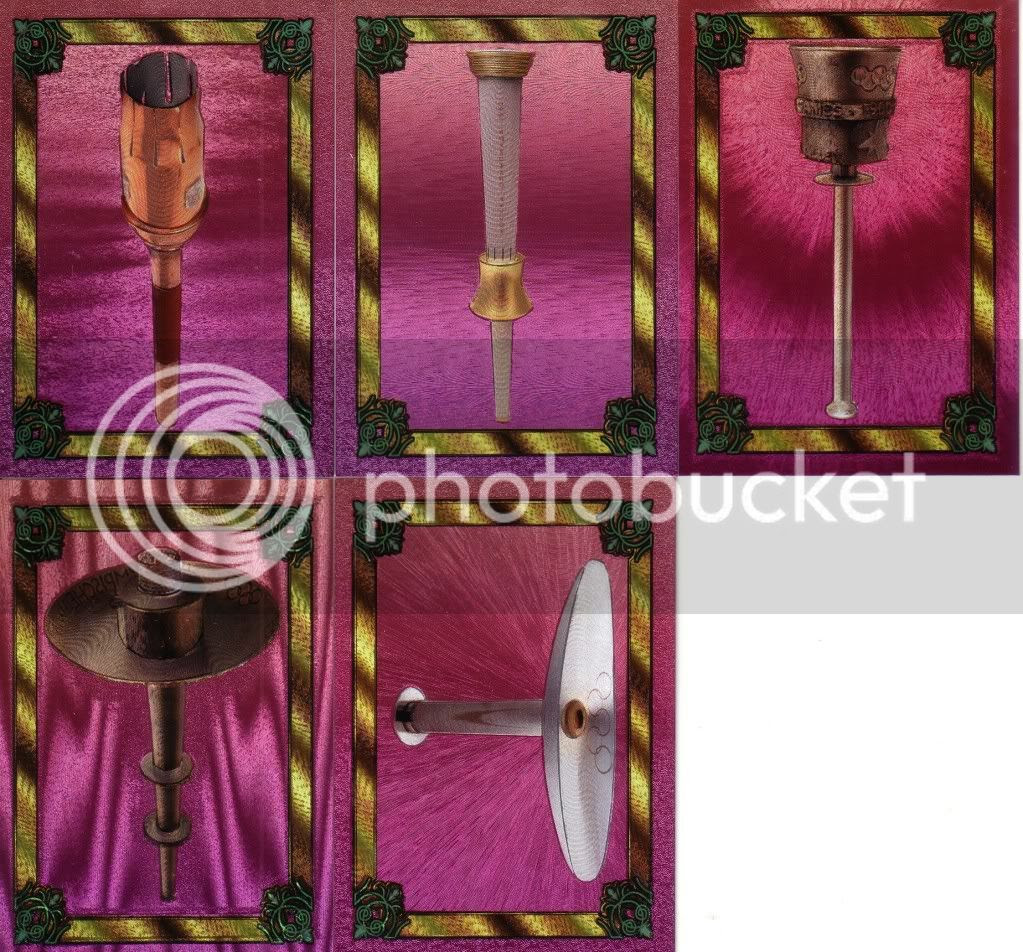 That leaves me with only 5 posters and 6 torches for the set.  I never thought I would get this close to the set.  Now, I may end up finishing it within a lifetime.