Topps Opening Day and Topps Stickers seem to be the feel good sets of the year.  Here, we have a hanger pack of OD and 6 packs of stickers, or as the more eloquent refer to them: STICKAHS!

You all are pretty familiar with OD by now, I'm sure:
﻿ ﻿
The Truman card commemorates April 20, 1951 when he threw out the first pitch of the Senators/Yankees game.

Whew, that was fun. 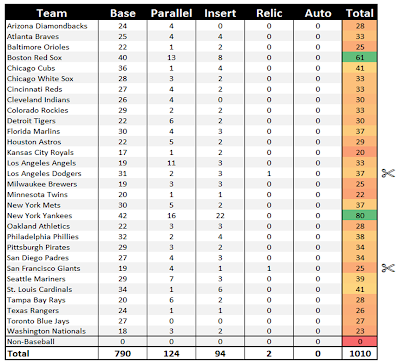 The highlight of these packs was a pair of Zims for my PC, that will be replaced with nice Braves for Derek's sake. 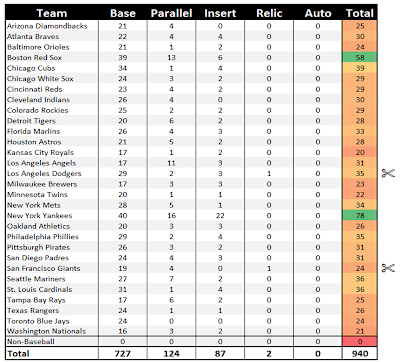 Let's get the morning started in the studio.  Donruss Studio, that is.

White guys just aren't cool.  Alfonso Soriano: cool.  CC Sabathia: fat, but cool.  Preston Larrison: dorky as hell.  Preston, whose name is, perhaps, more unfortunate than his smile, was born in Aurora, IL.  This is further proof that the only cool people to come from Aurora, IL are Wayne and Garth.  I dig the Duke Snider and Will Clark.   I commend Donruss on completeing f-ing with time and have Duke in front of a modern skyline.  Don Mattingly is clearly not impressed.  A word of advice to Preston: take notes from Donnie Baseball.  The easiest way to improve your baseball card is to not smile and to have a moustache.

There was one Fans of the Game card...

...of a guy whose parents didn't know how to spell "Dennis".  It's not Penis with a D.  It has two N's.  The best cards in these packs were 3 Studio Stars inserts, which are plastic-ey and rounded like credit cards.

Very nice for the Red Sox, Tigers, and Astros.
Since we're on the topic of Donruss, how about a pack of 1991 Donruss.  This si the pack you've all been waiting for, I'm sure.

﻿
Alotta Blue, that's for sure.  I scanned the puzzle pieces upside down.  They go to the Pirates since it is a Willie Stargell Puzzle. 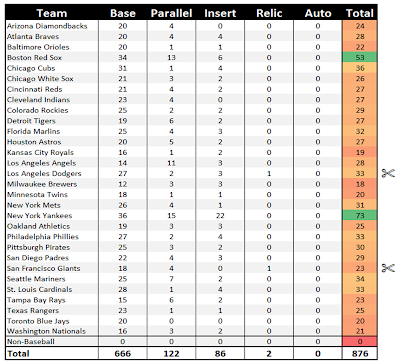 So this is one of the bigger lots in the group break.  I ripped 3 rack packs (20 cards each), 5 retail packs (10), and 2 blister packs (3 retail packs and 3 bonus purple prospects).  I'll also throw in three packs of 2011 Bowman Platinum for good measure.

I'll go ahead and tell you now, NO BRYCE HARPER.  Yeah, I really expected at least the base prospect card, but no dice.  The Nationals did OK, though, as Strasburg does make an appearance.

All told, there were 69 base cards:

A pretty good mix of teams.

There were 14 gold parallels:

There was one International parallel:

There were two green parallels #/450:

﻿
As for the bonus purple prospects:

On to the Bowman Platinum:

There were two prospects cards:

A simple re-spelling of his first name makes him a little more redneck: Joe-Herman, although I'm sure it's pronounced YO-hermeen.

I have to interrupt the Group Break posts to show off a recent eBay pickup.﻿﻿

Since we are talking about seafood, have you seen the newest Legal Sea Foods commercials.  They are hilarious.
Anyway, when you saw "Sushi" in the title, you probably already knew that this was a post about cards from Spiegel at Nomo's Sushi Platter.  Spiegel is first in line for all of my Dodgers (you know, after Greg and Greg grab all the good ones and get out of the line).

Was anyone else disappointed by Spiegel's first video post?  I mean, great video and all, but I was hoping for a thick Japanese accent.  It would have worked so well with the blog title.  With a name like Spiegel, I'm not sure why I expected one, but still.  I was thinking a touch more Morimoto and a touch less Spicoli. He should hire a Japanese Sumo guy to do his videos, in full match gear.  I'd watch.

Hopefully Spiegel has a sense of humor.  Otherwise, he no rike my joke.

Now that we have roasted Sushi (but if you roast it, it's no longer...well, you get the point) time to tell you what he sent me.  He killed several of my 2006 Fleer Tradition and 2008 UD Heroes needs, and also sent me some PC cards:

The perspective on the Justin Upton cards is crazy enough, but then I turned it sideways, and it's like something out of the matrix.

Thanks, Spiegel, your package will be arriving shortly.

This is one of the smaller posts of the break.  I opened 6 packs of 10 cards of 2006 Fleer Tradition.  I originally thought I was keeping 6 of the base cards for my set, but Spiegel just sent me some trade goodies and covered those six, so no replacements needed.  This set has a number of great RCs, and we pulled most of them:

We managed 5 inserts in 6 packs, which is pretty good for Tradition, which seems to have inserts at like a 1:2 or 1:3 rate.
﻿

Ortiz inserts are everywhere in this break.  Billingsley makes an encore appearance after his Heroes relic from a few days ago.
How about we boost this post with some junk?  I grabbed two random jumbo thingies from Dollar tree, just like this one. I'm not going to show all of the cards from them, though, because I don't want to ruin that WTF? moment you have when you open your group break package.  For now, here's 9 from each:

The upper left is Mr. Cornelius McGillicuddy, Sr., better known as Connie Mack.  He goes to the A's.  McMullen is a Phillies draft pick that never got past A+, which leads me to believe he doesn't catch that ball. And yes, that Baerga is even trippier in person.

These packs are so fun, and random.  I couldn't tell you what 8 of those cards above are because I can't take my eyes off of Tidrow's 'Stache﻿. 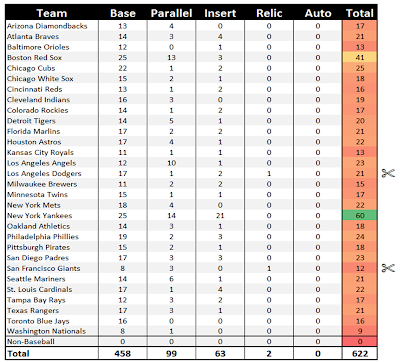 After a weekend away from the computer, it's time to get cracking again.  I ripped a blaster and 18 loose packs of 2008 Upper Deck X for a grand total of 28 packs.  The blaster guarantees a hit, so hopefully it's a good one.  Just like 2008 Heroes, these packs yielded a small stack of Yankee Stadium Legacy cards that I didn't scan.

There were 98 base cards, the best of which is the Longo RC:

Then come the 28 die cut parallels (I didn't scan a dupe of Cano because 27 works better for scans):

I've completed this set, so I didn't need to keep any of these.  The X set inserts are four foil-tastic levels of "Xponential" inserts.

﻿
I needed a couple of the 1's and 2's, which were replaced with comparable 1's and 2's.  I didn't need any of the 3's.  The fours are kinda funny.  After all of the X packs I've ripped in the past couple of years, I've gotten 8 4's: 2 Pujols, Wright, 2 Jeter, and now, 2 Ortiz. The blaster yielded a gold die cut card, and unfortunately for me, it was one I already had.

Golden Vlad is still a nice card for the Angels, though.  Of course, you all came here to see the hit of the box.

﻿
Very nice.  The checklist for these relics is very hit and miss, so to pull the Freak is very nice.  Ok, Anthony, so the gold Cabrera sucked, but you more than made up for it with this! As for the current team totals: 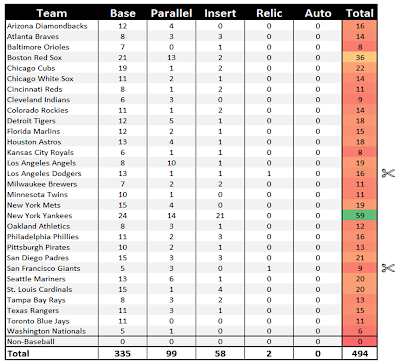