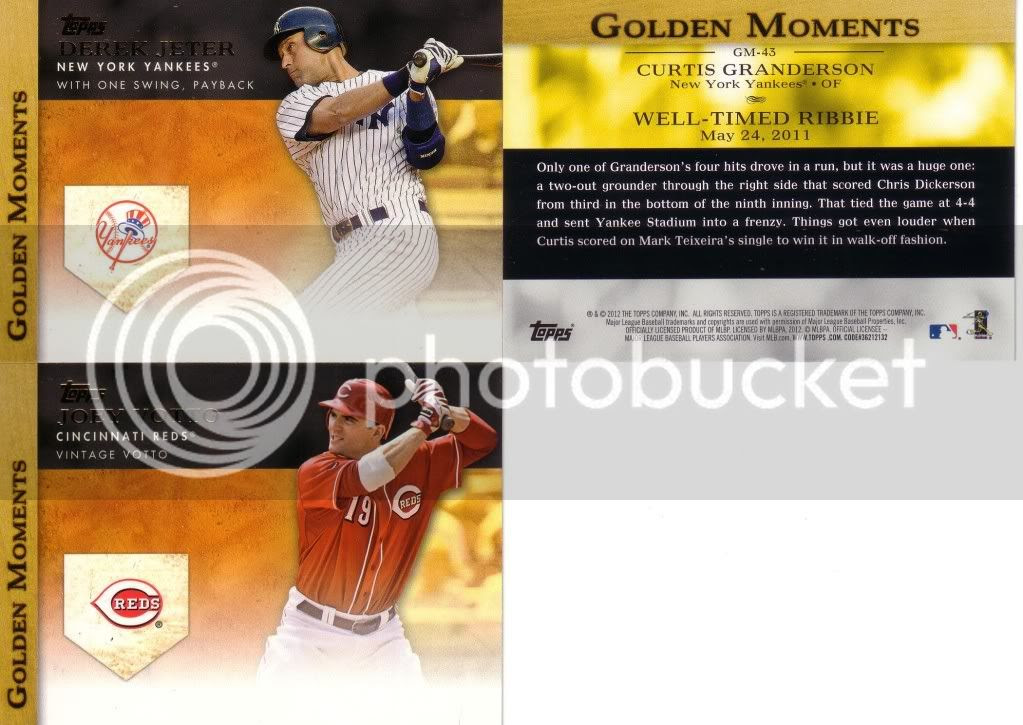 I figured I would lead with the picture this time.  Let me highlight all of the things wrong with this card design: 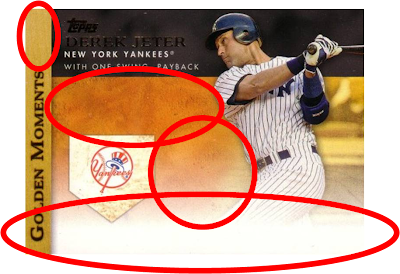 I decided to do a quick mockup of an improved Golden Moments card: 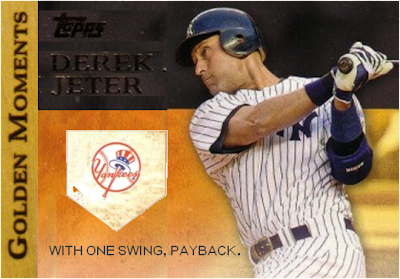 First, get rid of that stupid fade.  Then, move the home plate logo the middle of the space.  Make the player picture a little larger.  Get rid of the team name...you've highlighted the logo well enough.  Make the tagline a little more prominent, after all, that's what the set is about.  Center and enlarge the Golden Moments label on the end.  It's ok to have a placeholder for a swatch, as long as you show some kind of concern for the card design when the swatch isn't there.

As far as the back of the cards...I'm not a big fan of them using "Granderson" first, then all of a sudden switching to "Curtis" at the end.  Also, it's pronounced "ribbie", but still spelled RBI.  You're not cool because you said ribbie.

Wow, it looks so much better with your improvements!

You're hired! Wait, I don't work for Topps. Sorry.