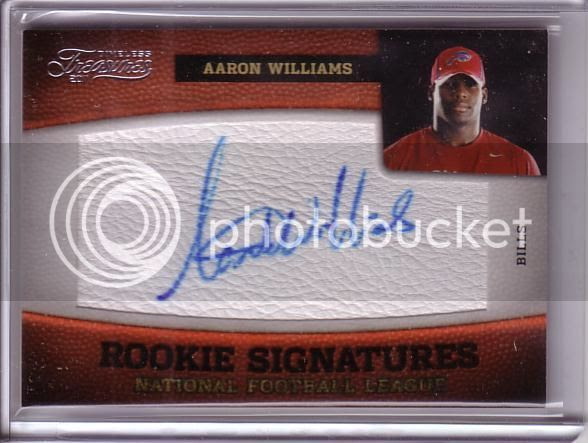 I gotta give a big thanks to Panini for honoring this redemption that I pulled from my Timeless Treasures tin that I opened for my Football Contest Super Bowl Halftime Show.  The redemption had expired 5 months prior to my request, but Panini honored it, which is awesome. 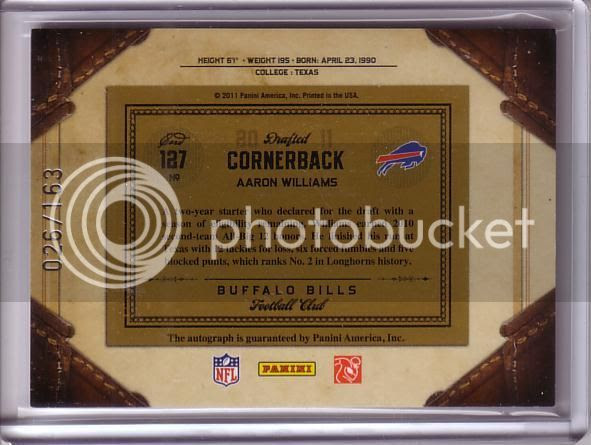 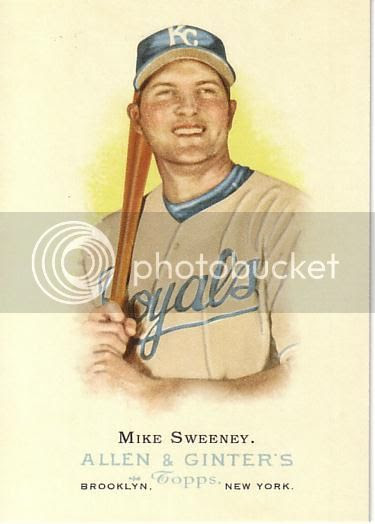 Something just looks off about this card.  I can't put my finger on it, but it just looks odd. Not bad, not good, just odd. 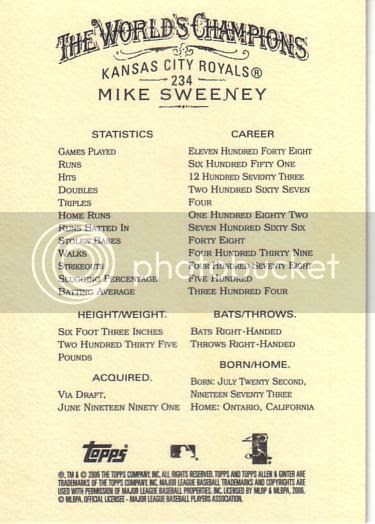 After 3 years of jealousy... 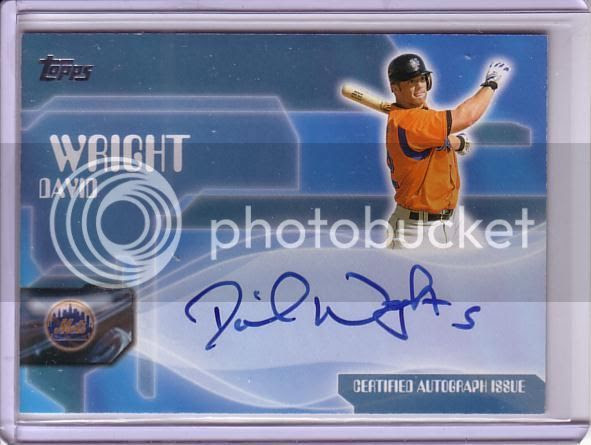 I have wanted this card ever since the curator of natscards (don't go to the site now, it's covered in casino crap) pulled it from a retail pack in the fall of 2010.  Unfortunately, I was slightly late to the party as Joe from The Sandlot had already made a deal for it. Sure, David has tons of autos out there that I could have gone after.   I wanted this one; a 2005 Topps Autograph.  It's on-card, it's blue,  and he's rocking the orange jersey.  I bid on some, but never won.

That is, until recently.  This card showed up on eBay and the bidding stayed low enough that I had a chance.  As time ran out, I was still on top.  After nearly 3 years of wanting this card, it's mine. 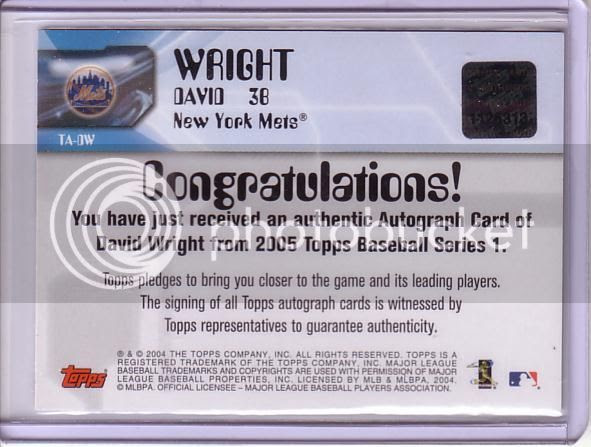 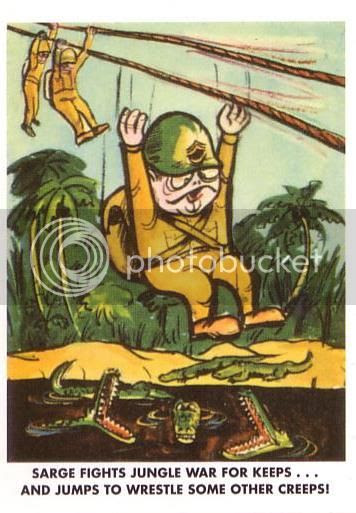 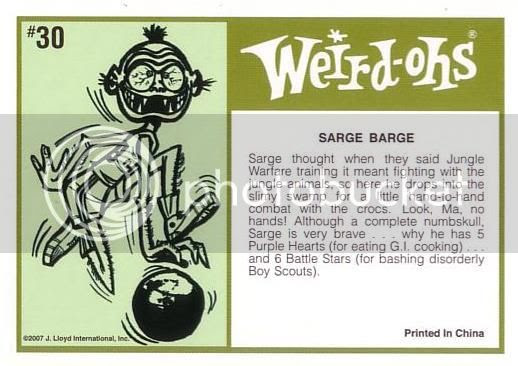 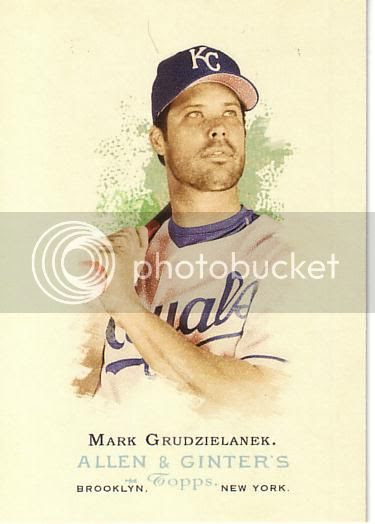 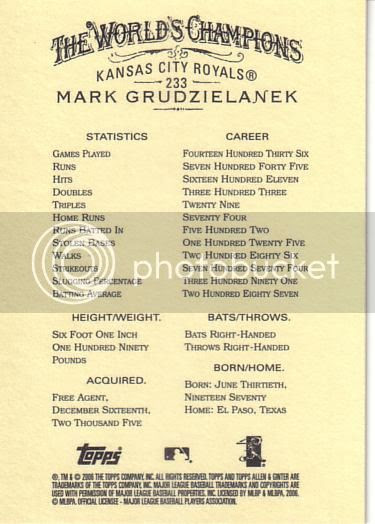 Once, during my senior year in college, a guy named Morgan came over for a party.  He got absolutely hammered and ended up puking in/on our toilet, shower, sink, bathroom floor, hallway walls, doors, couch, table, front door, stairwell, and seemingly every inch of carpet en route.  I will never get the image or smell out of my head as long as I live.  To this day, I instantly dislike any guy named Morgan. 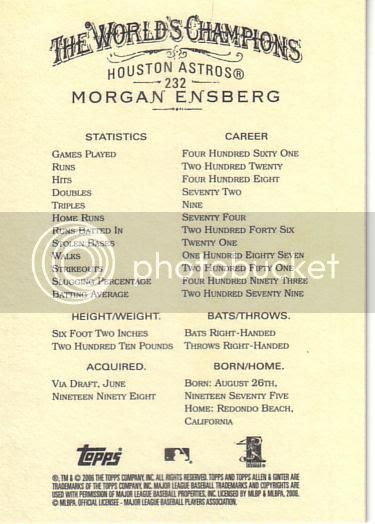 It's been a long time since I've posted anything.  I'm sorry for leaving you hanging with Tadahito Iguchi for more than a month.

The break started mostly out of necessity as work was getting hectic, and we had tons of things going on at home.  That is my excuse for not posting between September 6 and October 1.

Starting October 1, things at work slowed down...as in completely...as in furlough.  I decided that I would take the opportunity to step away from the computer for a while.

I checked my email roughly every other day just to make sure nothing important rolled in.  I checked CNN for updates on the government shutdown periodically.  I set my fantasy football roster.

I thoroughly enjoyed it.  I did miss the blog world and my blog friends, but stepping away from the rest was quite nice.  I can't say I missed Twitter at all.

During my time out of work, I got a lot of things done.  In addition to projects around my house, I was able to renovate a room at my parents' house, working off some of my debt.  Most importantly, I spent a lot of time with my daughter, who did a great job of convincing me she is the coolest person I've ever met.

I also was able to sort through my card mess.  I have way too many cards.  I love them, but I don't need quite so many duplicate base cards.  I worked on sorting and removing dupes as well as sifting out Nationals cards to set aside for my daughter.  I finally got my football cards closer to being under control.

I'm working on getting rid of the stuff that I don't want.  That will turn out to be a good thing for some of you as I plan to give away a bunch of stuff. Be on the lookout for contests.

While I am downsizing, I don't plan on leaving the hobby or this blog.  I'm just trying to get things under control a little bit.

I'm finally back to work and easing back into the old normal.  I'll get back to regular posting eventually.  I have old trades and pack breaks that have been scanned that are waiting to be posted.  I have a huge box of packs waiting to be scanned.