It's finally here.  I am very excited, you might even say SPxcited.  Don't worry, this means the bad jokes are over.  It also means that today's product is 2010 SPx!

I wanted to end on a high note, so I picked two packs up at the LCS.  I don't usually spring for anything in this price range, but the moment hit me, and I had to buy. 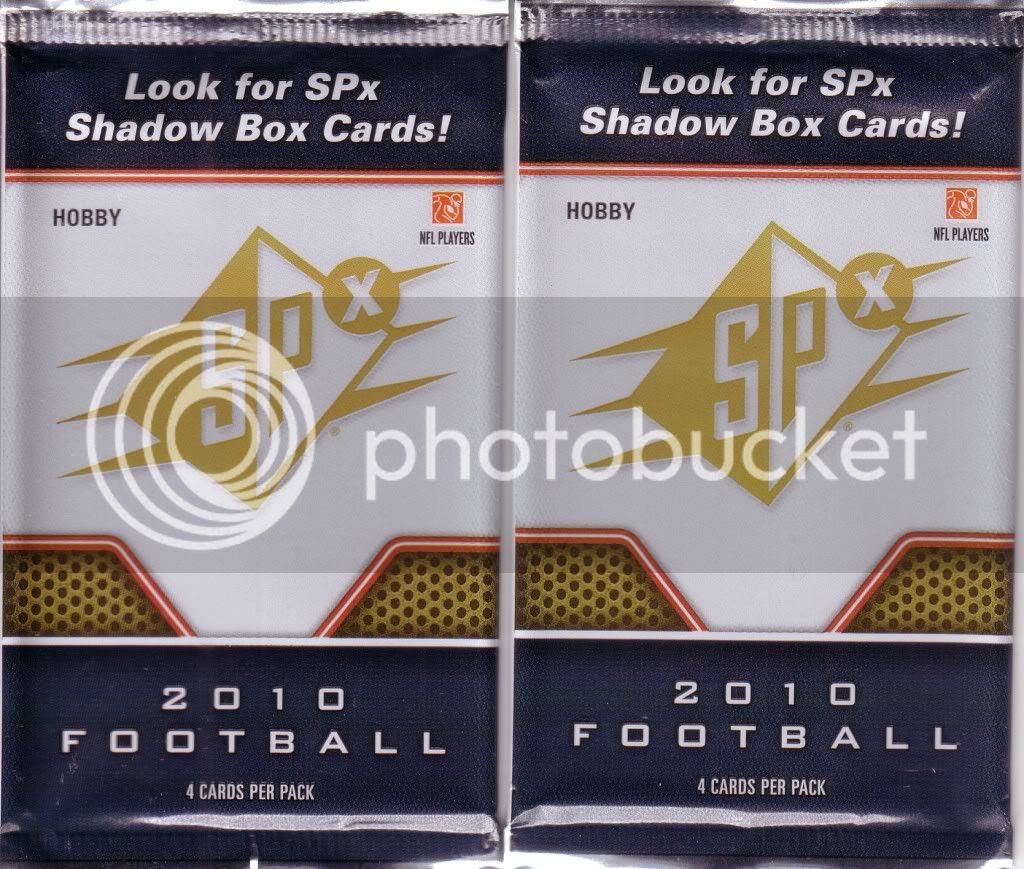 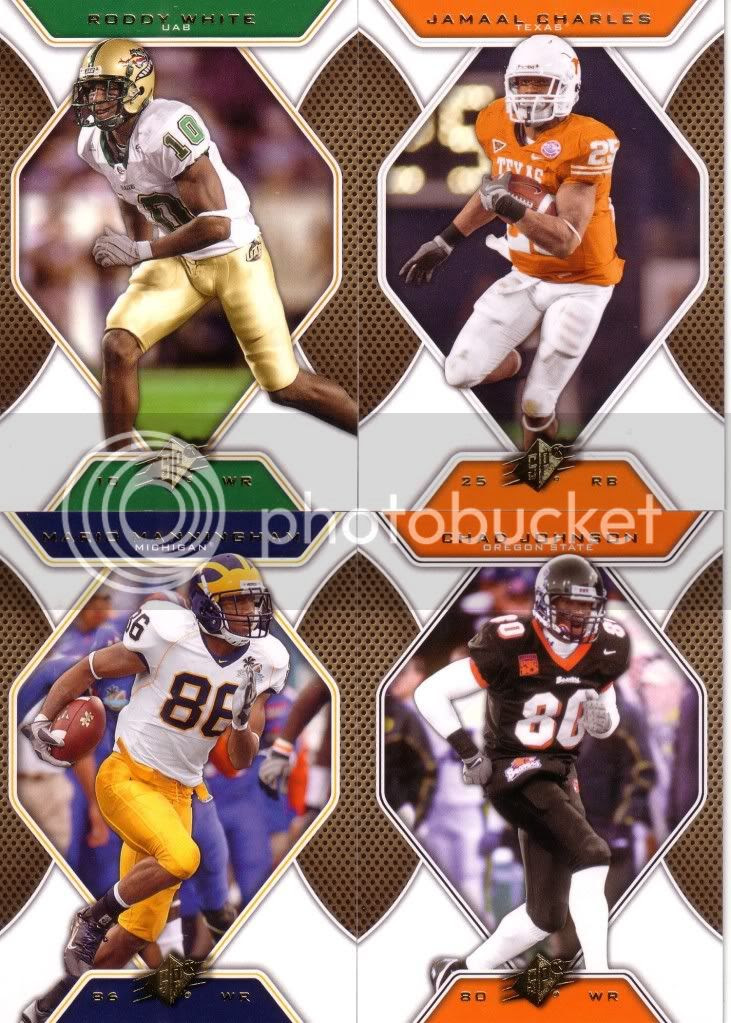 I've got to give the Giants a +1 for Manningham﻿.  In three playoff games this year, he has 3 TDs, including a huge 4th-quarter grab against the 'Niners. Will that streak continue in the Super Bowl? With all the attention Nicks and Cruz will be getting, you gotta think there's a good chance.  Dennis, the Manningham is the start of a new pile for you, but don't rush to fill a pile for me, becuase I don't know how much football I'll be opening for a while.
There was also a nice thick card in this pack... 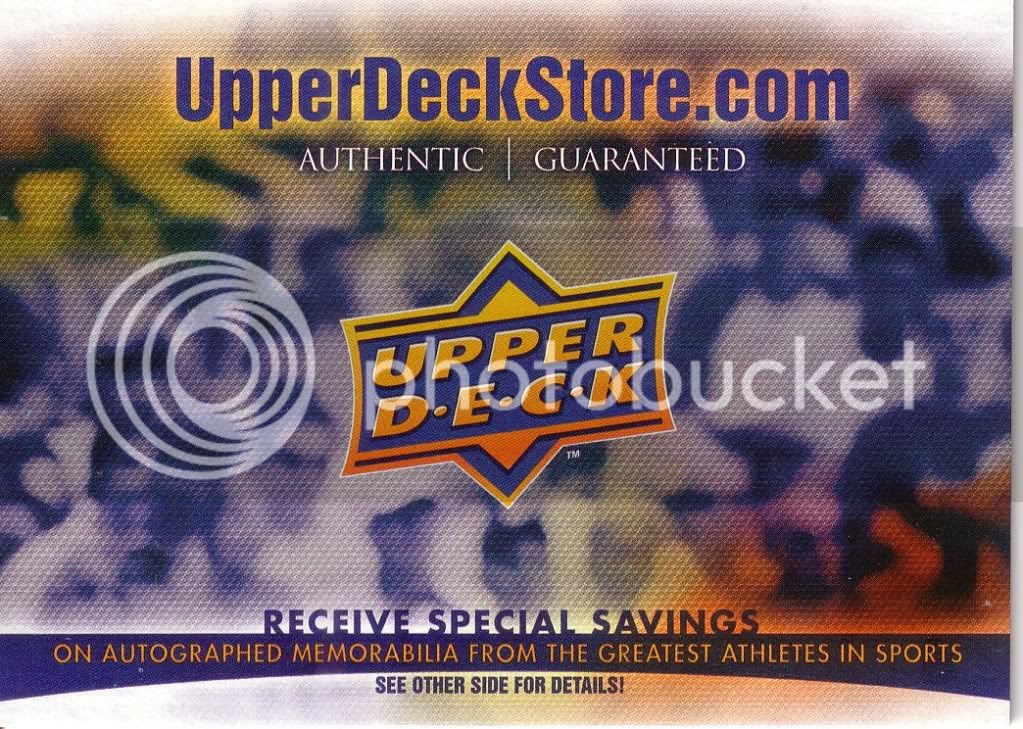 yep, a dummy card.  Oh well.
I should note that at this point, the Giants have pulled even with the Patriots at 15 points.  We have one pack to go.  To add a game analogy, Manningham just pulled in the game-tying catch late in the fourth quarter.
Pack 2: 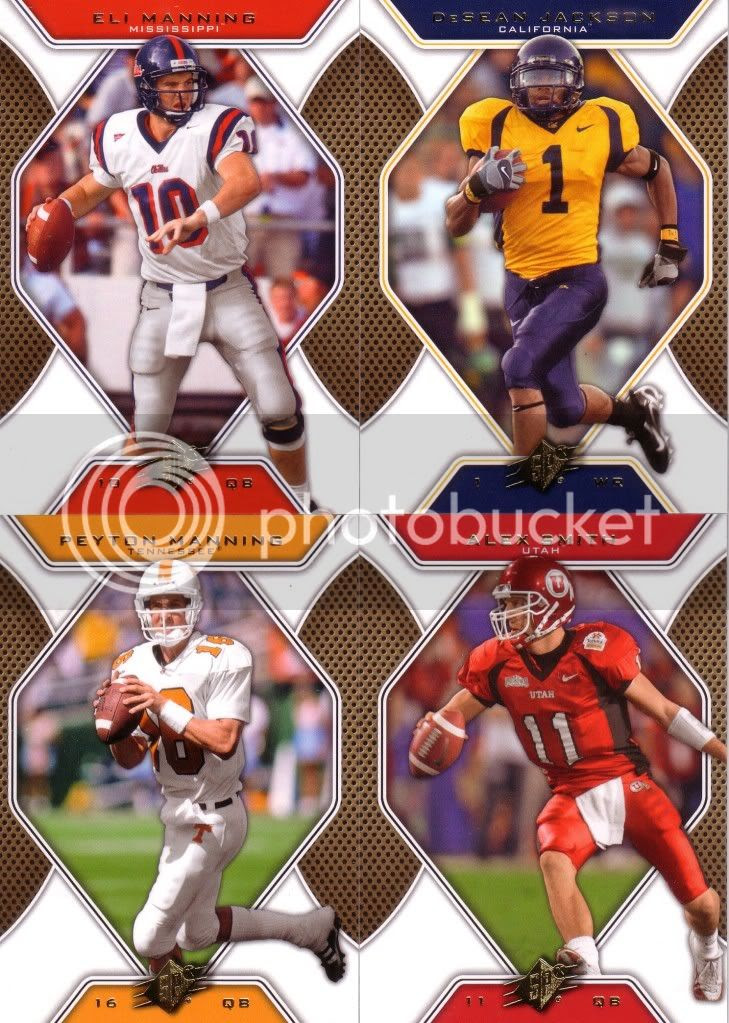 No way. Eli did it again! Eli comes through in the clutch for the Giants as they win the Super Bowl as time expires.  Final score, 16-15.  Wow, that was fun.  Go figure that Alex Smith makes another appearance in ﻿the countdown.  Of course, Eli couldn't finish without his brother showing up.
This card also had one of those thick cards in it...only this one wasn't a dummy (per se).
﻿ ﻿
Well, that was a nice finish.  At least it helps justify the cost of the packs.
So, the cards say that, in a game dominated early by the Pats, the Giants fight back, tie it late, and get the go-ahead as time expires.  And, as much as it pains me to say it...Eli wins SBXLVI MVP.
Posted by Spankee at 2/05/2012 12:01:00 PM

That Suh card is sweet.