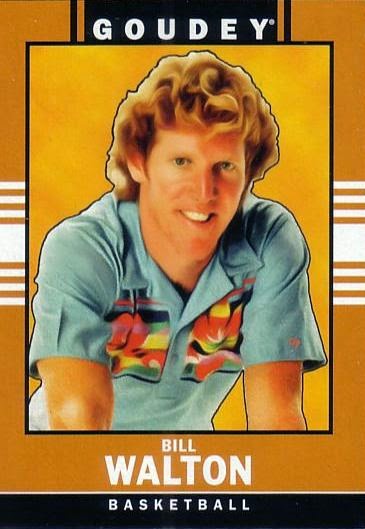 I'm reposting the majority of this from previous years.

If there is one thing I've written that you read, let it be this.

Monday, April 16, 2007, my life changed forever. It was my senior year at Virginia Tech, and classes were winding down as graduation was only a month away. I had worked it such that I only had classes on Tuesdays and Thursdays, with the other days filled up with senior design project work and sand volleyball. I was sleeping in Monday morning since I didn't have anywhere to be until the afternoon. My cell phone rang, so I grabbed it off of the dresser, only to find that my aunt was calling me. She had a habit of accidentally calling me when trying to call other people. One of the downsides to being an "Adam" is I am first in a lot of phones. I decided not to answer, figuring she would hear my voicemail message and realize the mistake. After a minute or so, my phone chimed a voicemail alert. I dialed the voicemail line and heard my aunt's frantic voice crying. "Adam, it's Aunt CeeCee, where are you, are you ok...the news is saying there was a shooting up there in an engineering building and I'm trying to see if you are ok. Please call me." There's nothing that could have prepared me for that message. I turned on the TV to see my school on every channel; it was like getting punched in the gut. As I gathered myself, I dialed my aunt's number to let her know I was ok. After calming her down, I had to start calling everyone to let them know. It's not the easiest thing to call everyone you know just to tell them you are alive. Most people hadn't heard the news yet, too busy with Monday morning work. I called my Mom's school and they pulled her from her class to come talk on the phone. I let her know that I was ok and that I loved her. While on the phone with her, my dad called, so I switched over to let him know I was ok. The next dozen or so hours were a blur of phone calls and breaking news interruptions. There was an incredible range of emotions that I went through that day.

It was impossible to pull myself away from the TV. Every channel had reports of different numbers. What started out as injuries, turned into deaths. 2 confirmed...5 confirmed...the number slowly crept up...9...15...22...32. All told, 32 people were killed and 25 were injured. Then came the waiting game. You called friends until you were sick to your stomach from hoping to hear their voice on the other end. You sat, and waited for identities to be released. Fortunately for me, none of my friends were killed. As the names and faces slowly came out, though, I started to recognize those I had passed frequently while walking to class and professors that I hadn't had, but had seen around campus.

Monday night, I laid in bed but never got to sleep. By morning, classes had been canceled for the remainder of the week, with several question marks about how we even return to class. How do we go back to normal? My roommate and I hopped on one of the buses and rode to campus, as several events had already been planned for the day. As we neared campus, it didn't look familiar. There was a sea of news vans with satellites all over and police and security everywhere. Press members from the BBC, Korea (upon release that the shooter was of Korean descent), and as far as Australia were on hand. We got off the bus and headed for the drillfield, the campus centerpiece. From the drillfield you could see Norris Hall, a building I was in or walking past every day. It was the same, but different.  It was untouchable, unapproachable. It was just up the hill, but it could only be in the distance for now. Memorials were popping up everywhere. Eventually, everyone gathered in Cassell Coliseum for the convocation. The turnout was so huge, that Lane Stadium was opened up so we could watch on the scoreboard screen. That was the first time I set foot on the football field. A place that was known for fun times and great games, was now a grassy sanctuary where we sat with friends and talked about where we would go from here. How do we graduate? How do we leave? How to we stay? There were several speakers that day, including President George Bush. The most powerful speaker though, was Nikki Giovanni. Her closing was what we needed to know that we would move forward and that we would prevail. If you haven't seen it, here it is:


That night, thousands of Hokies from all over and from all walks of life joined together for a candlelight vigil on the drillfield.

The next day, I started packing. Since there was no school the rest of the week, I needed to go home and spend time with family. I drove about three hours without any music. I just needed to have time to think, clear my head, and enjoy the hills of Virginia. I got a very special phone call when I was about halfway home. My best friend's older brother is an Air Force pilot who was in Saudi Arabia at the time. Instead of using his call to talk to family, he called me. Being a UVA alum, he and I usually only talked when football would come around, and we could trash talk. This time was different. He said he was over there with some VT guys, and he just wanted to know what it was like back on campus. After a few minutes, he had to go, and I decided to turn on the radio for the first time. I was within range of the radio station back home, so I tuned to that and found them having a call-in request block in honor of the victims. Requests came in for songs like Offspring's Gone Away and Ozzy Osbourne's See You on the Other Side. One guy called in and told a story about how he and one of the people who was killed used to hang out and listen to Chevelle, and that her favorite song was Point #1. I'm not sure how I managed to drive the rest of the way home as much as I was crying.  During something like that, you reach a point where you can't hold it in.

When school resumed, I approached everything with a new vigor. My design team finished our senior project, and all of the senior class geared up for graduation. My graduation was not like every other one I had been to. No one was happy to be done, and we weren't happy to be leaving. There were more tears than applause, more hugs than high-fives. We lived and bled as Hokies for four years, but had just been given a new lease on life. President Steger spoke of our strength and how we moved forward despite the setbacks. It was a tremendously emotional event. In the engineering breakout ceremony, we honored those who had died with posthumous degrees. The families of the victims were incredibly strong to step on stage to accept the framed diplomas on the behalf of their loved ones. The most emotional moment came when one survivor made his way to the stage. The most famous picture to come from the tragedy is of a kid being carried by troopers with blood on his legs. The kid was shot in the leg and saved his own life by tying a computer cable as a tourniquet. He walked across the stage to accept his diploma with the aid of some braces and crutches. It was an amazing sign of strength, and he was given a standing ovation and applause as he accepted his degree.

After graduation and a summer that flew by, I headed back to VT to start my Master's degree. I went to the first football game of the season, against East Carolina. It was a moment everyone had been waiting for. It was the first time in a few months that people would talk about Virginia Tech and not have it be about April 16. It was the big moment that we took a step forward. It was the moment the we prevailed. I remember it like it was yesterday. Enter Sandman rang out through the speakers. I and 65,000 of my friends began jumping up and down with tears streaming down our faces. As the team emerged from the tunnel, we were set free, and life returned to some form of normal.  They released 32 balloons into the sky at the game.  We were able to let our fallen Hokies go without trying to forget them.

In a weird way, April 16 was the worst day of my life and the best day of my life. Since that day, I love stronger, laugh harder, cry more often, and hope higher. That day was my Kennedy assassination, my moon landing, my "where were you?" day. These days, I don't get asked if "I was there" quite as much. Now, when I google "Virginia Tech", google doesn't suggest "Virginia Tech Tragedy" or "Virginia Tech Massacre". We've all moved on in a good way, but not a day goes by that I don't think about what happened. To tell you the truth, I hope a day never does come where I don't think about it, even if just for a moment.

Former VT basketball player Coleman Collins wrote a post for ESPN's True Hoop blog that can be found here.  It is definitely worth reading if you have stuck with my writing far enough down the page to get here. Coleman's writing is very emotional and is far more eloquent than mine.

I have said more here than I ever thought I would, and I am sure I have left out many things.  If anything, I wrote this because I needed to for myself.  It's a rare event that something meaningful and worthy of an audience comes from my frantic hunting-and-pecking, so I hope you can take something from this. If you do take anything from this, let it be a reminder to call your family and friends and let them know you love them.

It's been 8 years since that day.  My eyes still well up, and I still get that disgusting feeling in the pit of my stomach every time I think about it.  Again, this year, we've seen more tragic events.  It is a different brand of pain seeing others experience what you have experienced.  Now that I am a father, it's even harder to think about it all.  But, even the worst of it makes us better.

I love my family.  I love my friends.  I love Virginia Tech.  There is nothing that will ever take those away from me.