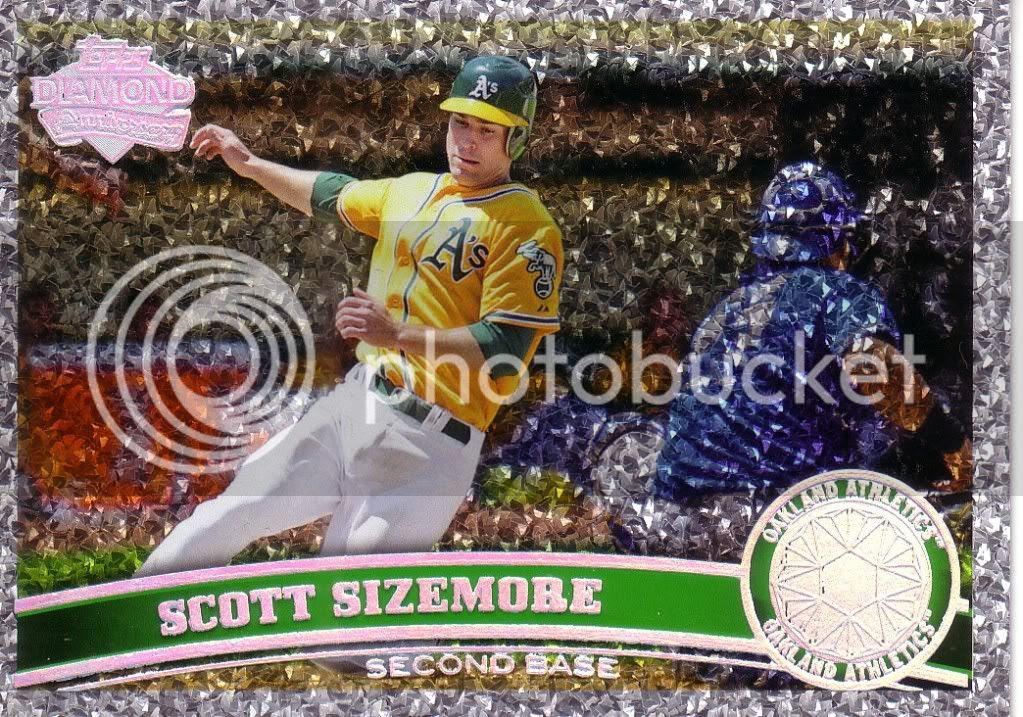 Scott Sizemore tore his ACL in the first full-squad workout at spring training.  He's out for the entire 2012 season.  See the story on ESPN.

I feel really bad for Scott because he has already overcome a devastating broken ankle early in his career.  He battled back from that to become an everyday player for the Tigers.  Then, the Tigers bailed on him after less than a season and practically gave him away to the A's.  He played well for the A's last year and was poised for an excellent season this year as their starting 3B.  I hope he can recover well and not lose too much ground on where he's gotten to.

Having grown up with Scott and played baseball and volleyball with him and against him, I can tell you he is a very driven guy.  He's a tremendous athlete and has a ton of character, so I know he will come back strong.

From a card standpoint, it'll be interesting to see what happens.  His cards had been on a steady climb this offseason with his strong performance to end 2011 and his potential for this season.  I would expect the competition for his cards to be considerably lower and will probably be a good time for me to improve and round out my collection.