Nearly a year ago, I posted about a wild day that started with my truck broken down and ended with me sunburned.  It was a great day, and as I type this, I'm still wearing the shoes that I bought after chucking my dress shoes.


In that post, I mentioned that I visited a card shop, and the card shop guy gave me a bonus pack.  When discussing the inevitable blog post, I said, "Hopefully I'll get it up quickly. hehehe."

Well, I didn't get it up quickly.  I originally intended the "hehehe" to be in reference to the "get it up" part. I didn't anticipate that it would be more an apt analysis of the "quickly" part.

You might say things got a little flaccid around here.  In order to get the blood flowing, I figured I better get it up...you know...give the blog the proverbial little blue pill... 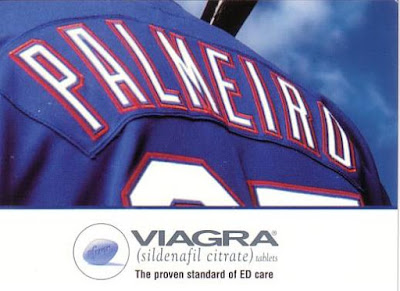 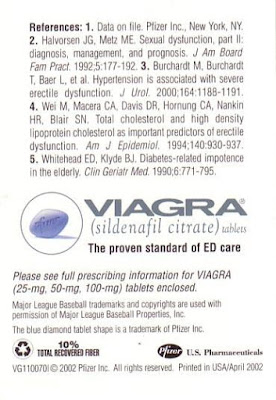 The super special bonus pack was 2002 Pfizer Viagra.  The feature card showed the name plate of a guy who would have made this post funnier by being named Harry. 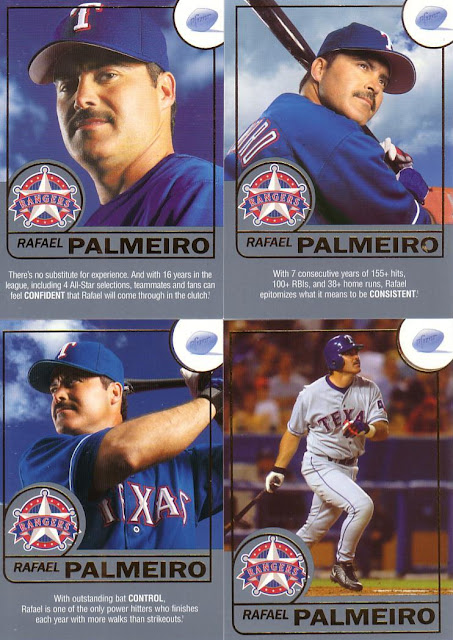 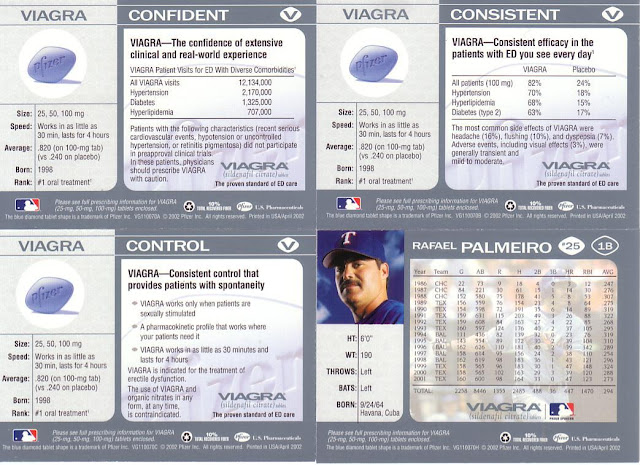 Confident, Consistent, Control.  These are just a few of the many things that describe Rafael Palmeiro, and any man with a chemically-induced rock-hard erection. 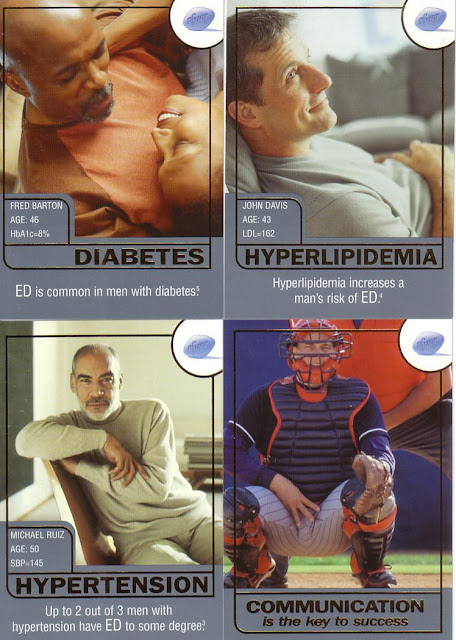 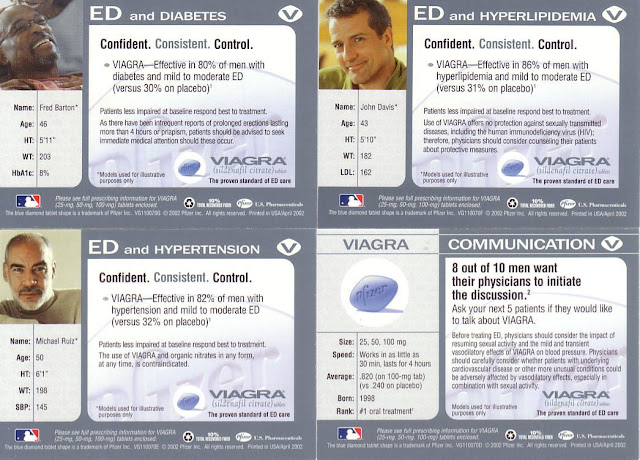 Diabetes, Hyperlipidemia, and Hypertension. These are just a few of the many things that apparently describe any man named Ed.

"8 out of 10 men want their physicians to initiate the discussion"  The other two men turned their heads, coughed, and nearly took the doctor's eye out. 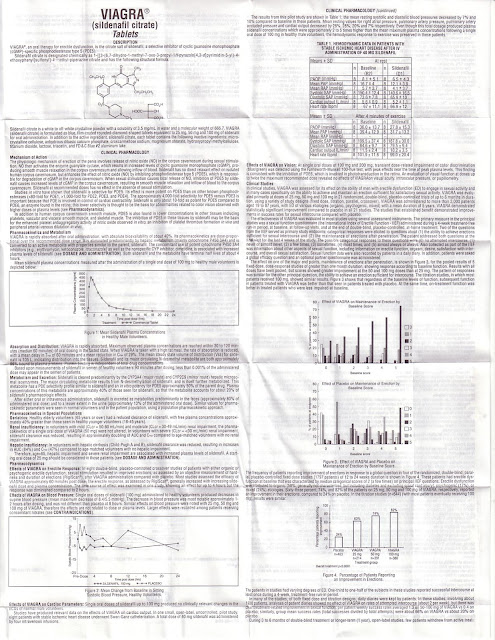 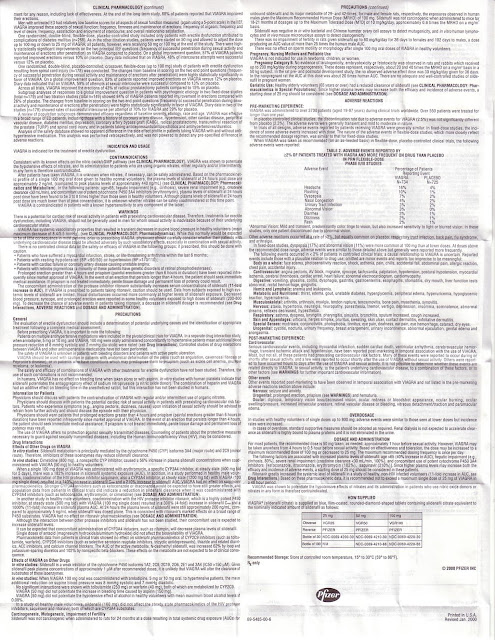 I know that's super hard to read, so I zoomed in for you:

I'd love to hang around longer, but it's been about 4 hours since I started this post, so I've got a phone call to make.