...it exists and I buy cards because I have a disease. 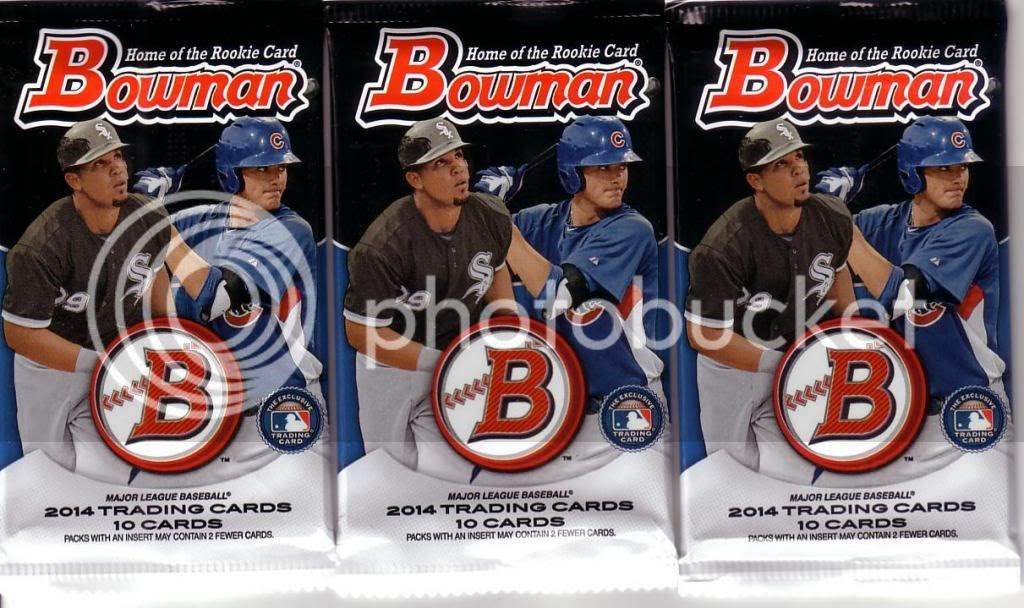 Oh, hey, it's those two guys on the wrapper.  You know those ones that are playing and stuff.  I bought three retail packs because my dumb ass never thinks one is enough. 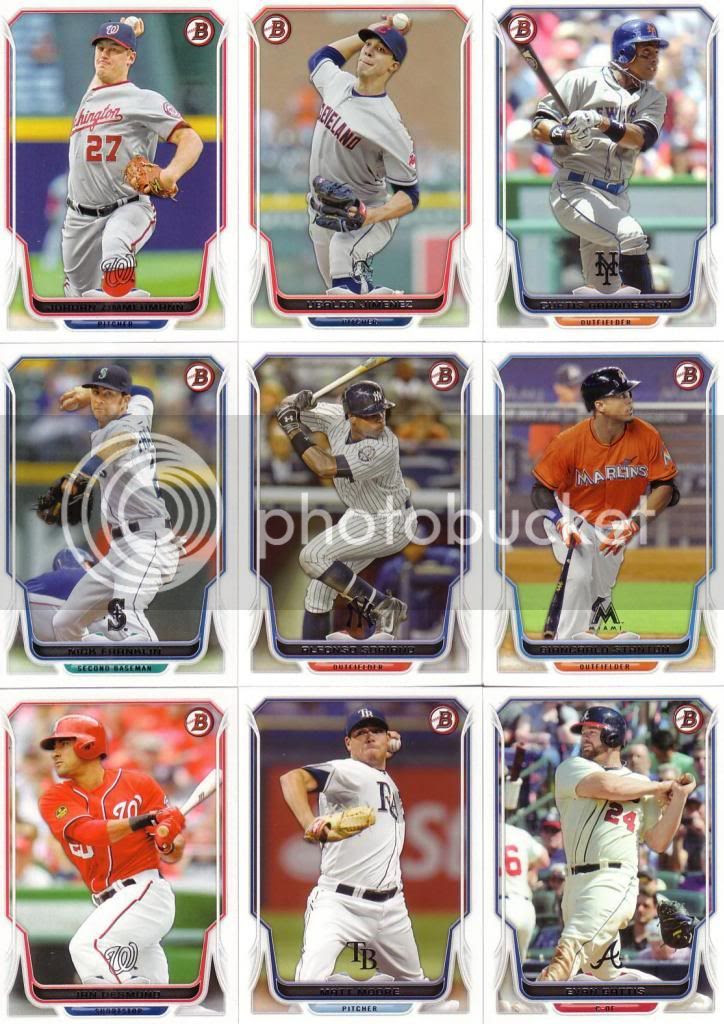 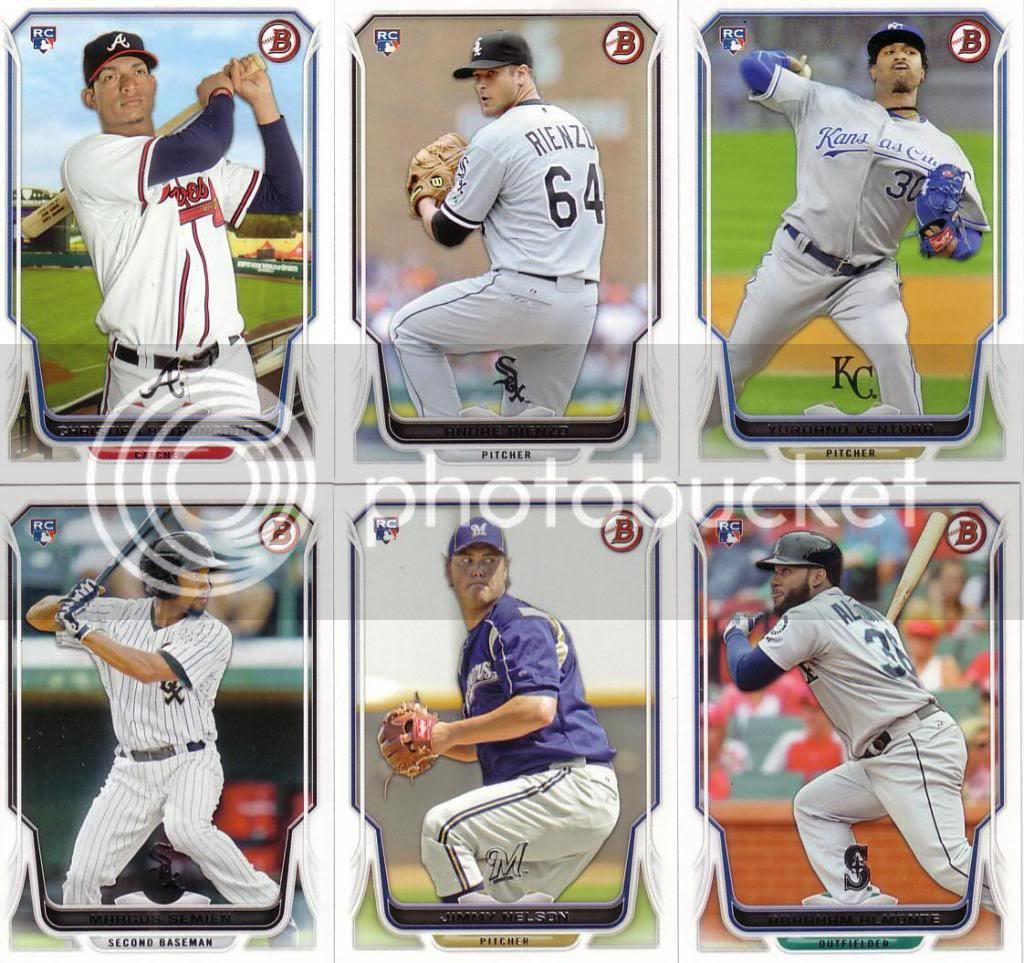 These are rookies this I know, for the RC tells me so. 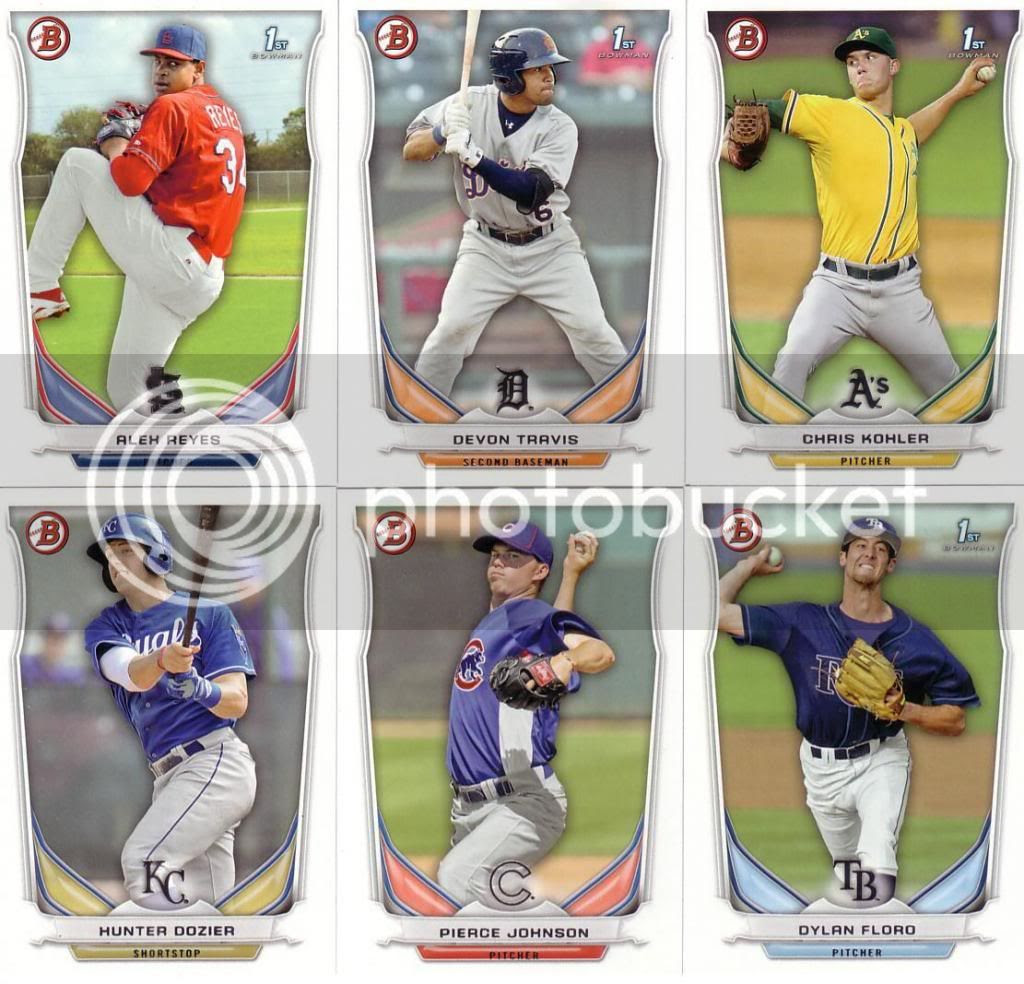 These are 1st cards, not rookie cards, except for two of the guys at the bottom.  For them, well, I don't know what the hell they are. 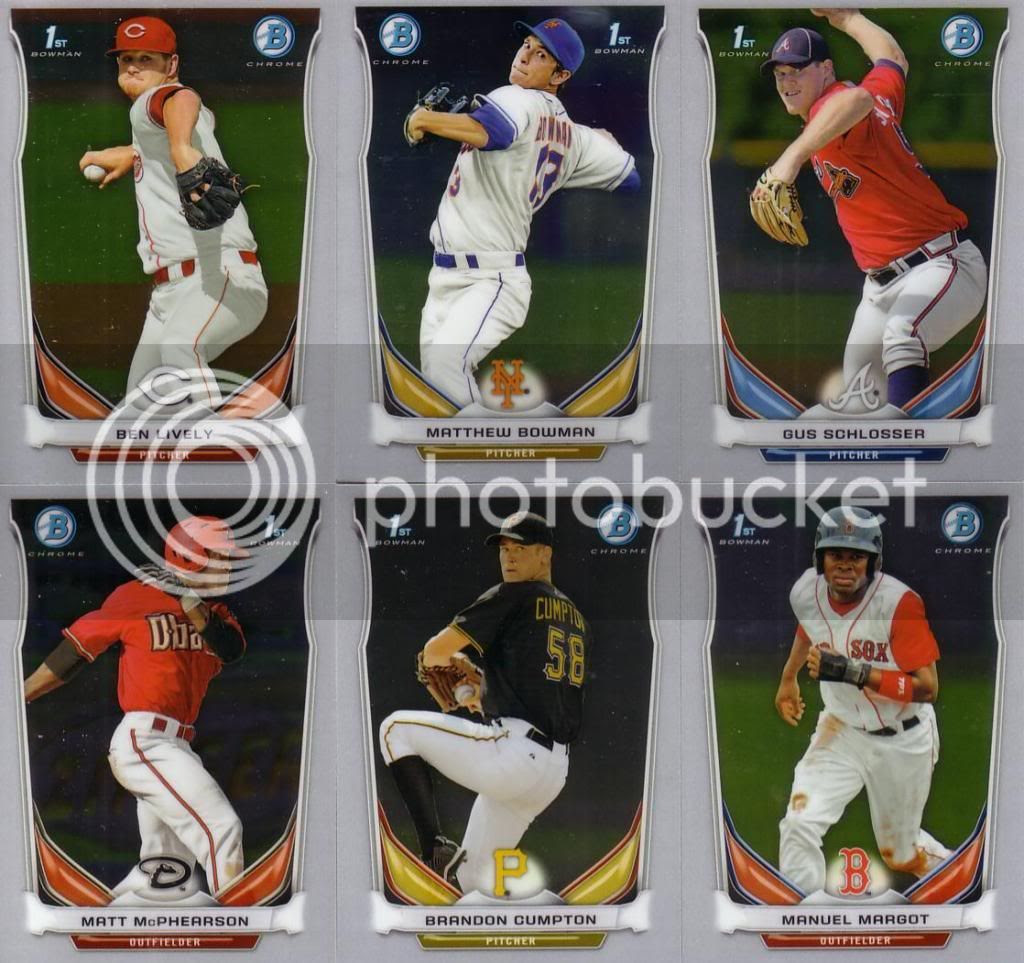 Chrome going with the silver border.  I like it.  I'm guessing Matthew's dad owns the brand, and that's the only reason he made the set.  Nepotism is a bitch. 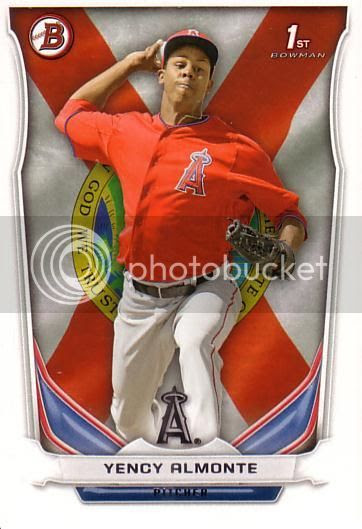 Bowman International is one of the best parallels ever conceived.

I managed to pull an Orange Prospect Auto, which I completely didn't deserve.  I sold it on eBay for $10.51 shipped.  So, I nearly broke even on the packs, which is a hell of a deal for retail. 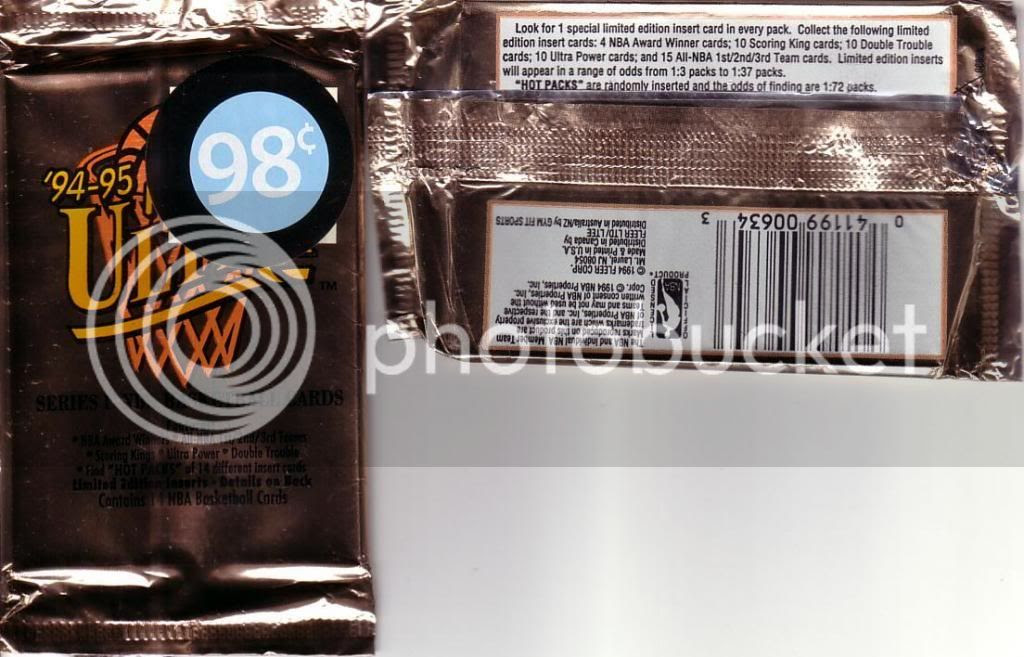 I just couldn't pass up spending $2 for a couple of 94-95 Fleer Ultra Basketball at Wal-Mart.  How many times do that opportunity present itself?  And yes, I called it Fleer Ultra.  If you call Fleer Ultra just "Ultra"...well then F U...as in Fleer Ultra.

You know I couldn't have my first post in a few weeks without alienating a section of readership in the first paragraph.

On a semi-related note, here is my feeling on the big 4 sports relative to regular season and playoffs:

MLB Reg. Season: Eh, too many games.  I'll watch chunks of Nats games here and there when my wife has them on, and I'll look for Wright, Zimmerman, Cuddyer, etc. when they're on TV.  Mostly, I follow their progress on ESPN.com.

MLB Playoffs: If my guys are involved, I'll watch some of the games. If Verlander is pitching, I may catch a full game.  Once it gets to the World Series, I'm watching, but not going out of my way to see the first 5 innings of any given game.

NFL Reg. Season: I will watch as much as I can on Sunday and will probably watch most of the Monday Night games.

NFL Playoffs:  Again, I'm watching as much as I can.  Super Bowl...I'm watching every minute.

NHL Reg. Season: Not even really sure when it is.  I'll catch a couple plays on SportsCenter's Top 10, but that's it.  I wouldn't mind going to a hockey game, but watching on TV just doesn't do it for me.

NHL Playoffs: I know it happens at the same time as the NBA playoffs, but that's about it.  Good for the guys that get to lift the Cup at the end of the year.  It's a great accomplishment, and I love the tradition of the Stanley Cup, but I just don't care to watch it.

NBA Reg. Season: I'll watch parts of some games if LeBron or Durant are playing, just to witness greatness.  I'll watch the Spurs a little because they play beautiful bball when they're on.

NBA Playoffs: I'm watching as much as I possibly can.  Of all the sports, I feel like the difference in excitement level and intensity between reg. season and playoffs is by far the largest.

Alright, back to the packs.  You'll notice that, on the back of the wrapper, there is a line that reads, "'Hot Packs' are randomly inserted and the odds of finding are 1:72 packs."  I didn't know they even existed, but it's pretty cool.  Each hot pack contains only inserts.

The first pack I ripped wasn't an official "Hot Pack", but it was still a Dell Curry hot pack, which is fine by me since he went to Virginia Tech: 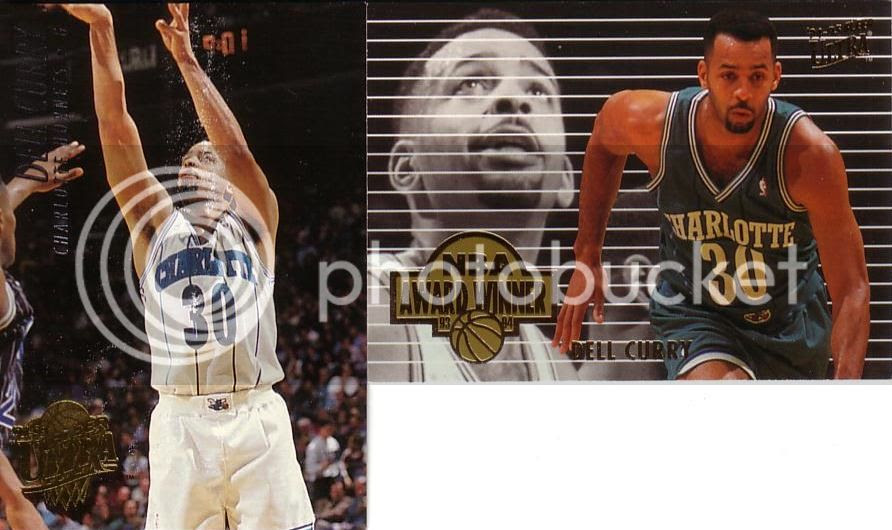 Unfortunately, parts of his base card's face are stuck to the back of his 6th Man Award card. 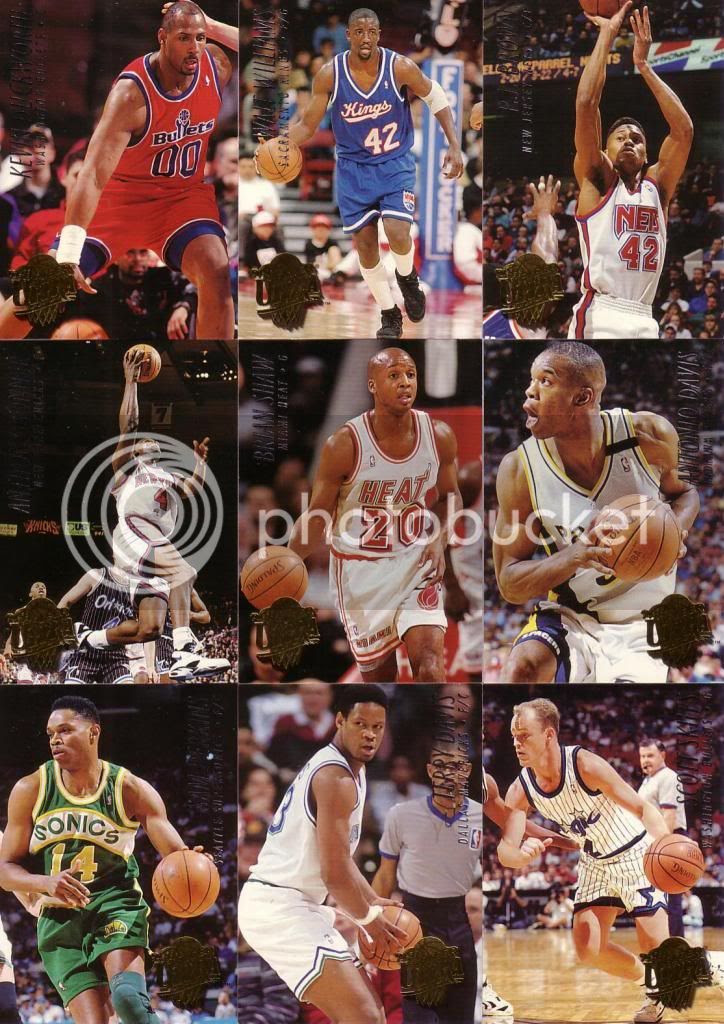 They just don't make shorts like they used to.  For those counting at home, we've covered 11 of the 14 cards in the pack.  I don't know why I pointed that out. 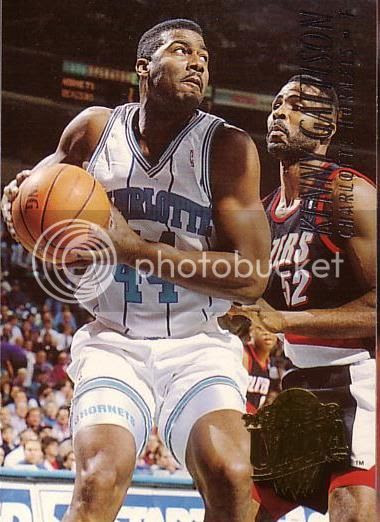 Kenny Gattison went to Old Dominion.  So did my mom. Maybe he's my daddy. 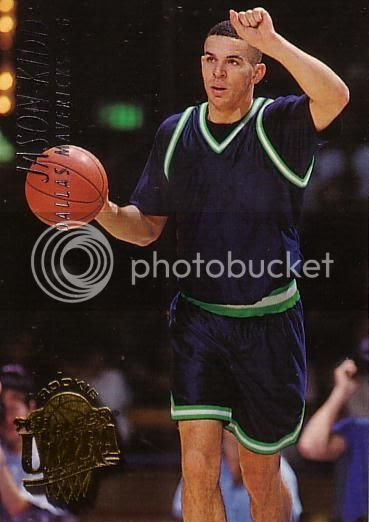 Hey, a RC of a future HOFer.

Lastly, the final card of the first pack is my favorite: 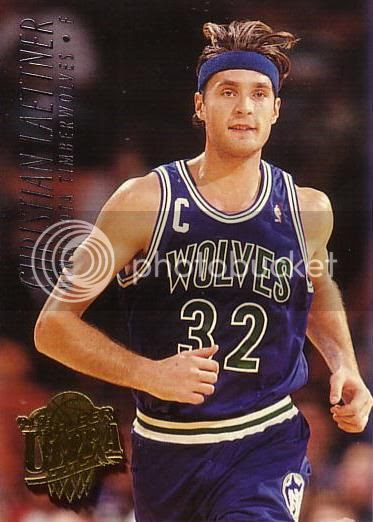 Who needs Benchwarmers when you can find that kind of sexy in a '94-95 Fleer Ultra Basketball pack?

When I picked up the second pack, I felt a warmth in my hand that reminded me of my teen years.  I thought maybe the wrapper was just aroused by the presence of Laettner's hair resting in the pack on top of it for all of these years.  I was wrong.  The heat came from within.  It was radiating with the glow of an East Siberian Moose during mating season. It was...a Hot Pack.

I pulled back the leafy wrapper and inserts upon inserts spewed forth upon me. 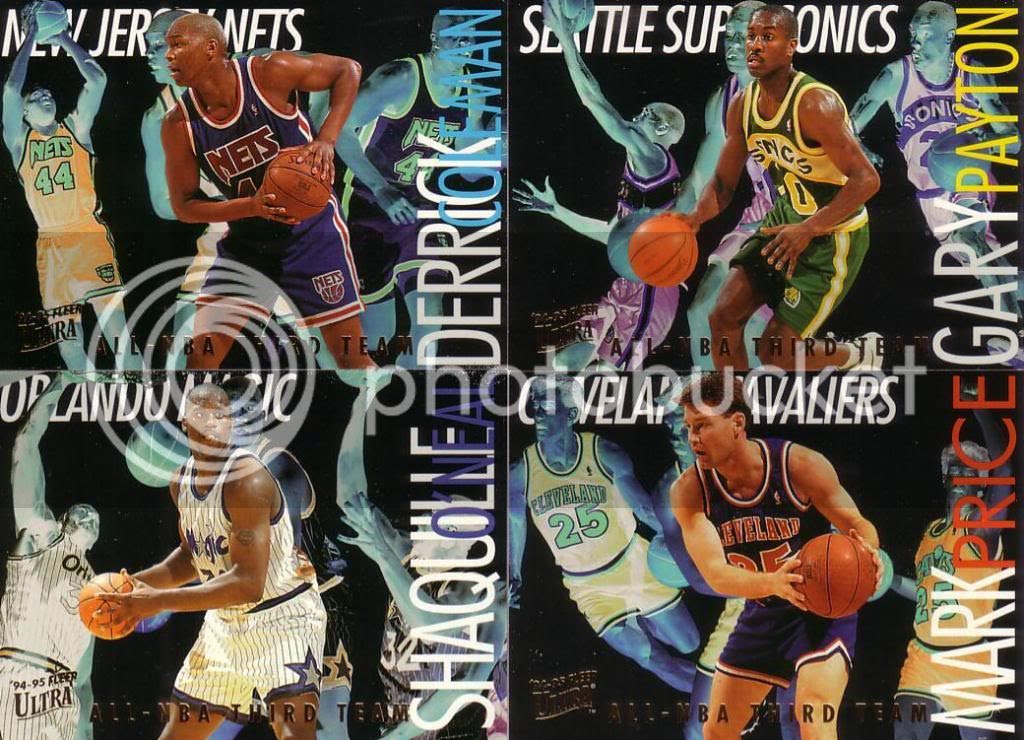 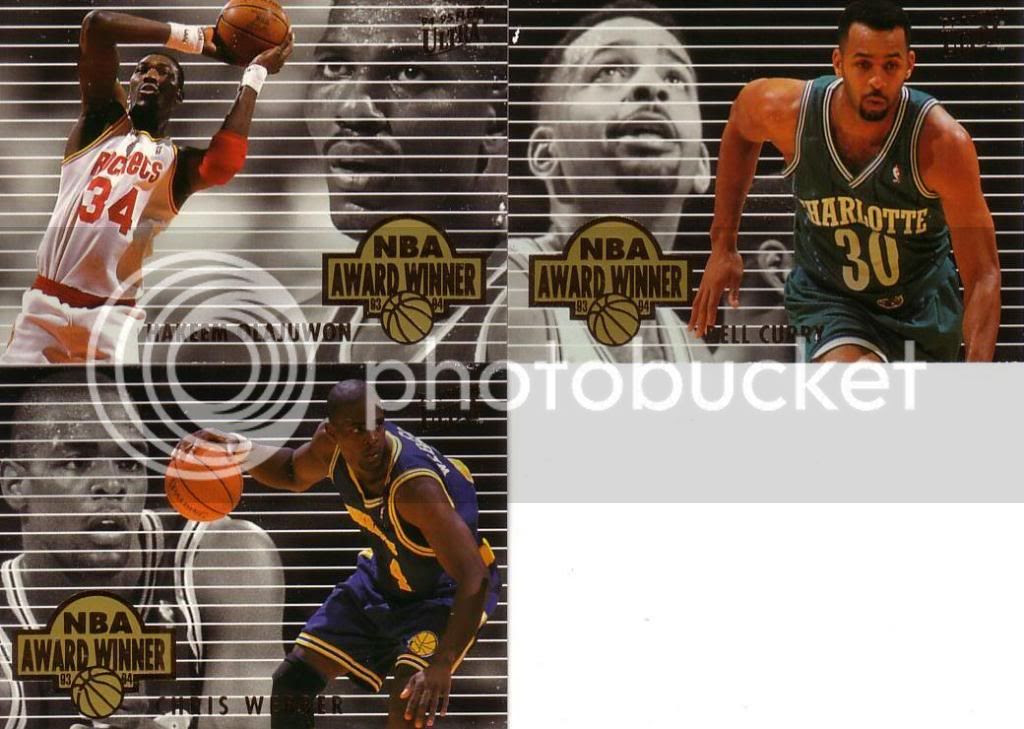 Double Trouble? Hot. Anything with John Stockton's shorts is hot. If you disagree...well, then you are not hot. 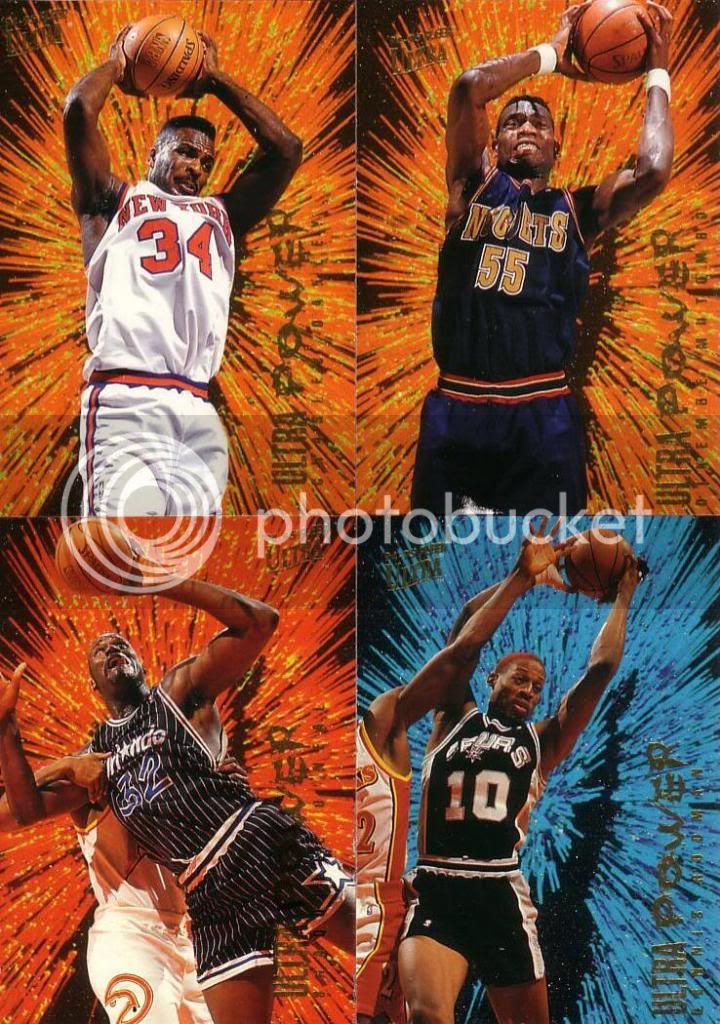 All kidding aside, these cards are gorgeous.  They are textured and glittery and I love them and I don't care what anyone says about them, dad!

Eh, sorry, things got a little heated there and I lost my composure.

May the Fourth Be With You, Farmboy! 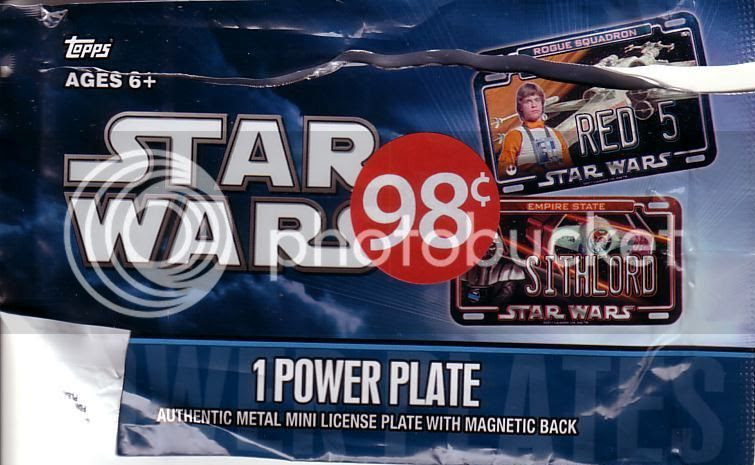 Wal-Mart had some $0.98, $1.98, and $2.98 clearance bins in the card section. I bought a ton of stuff, including the Star Wars Power Plate pack above.  The Red 5 and Sith Lord plates on the cover are awesome.  Unfortunately, the plate inside the pack above was significantly less awesome: 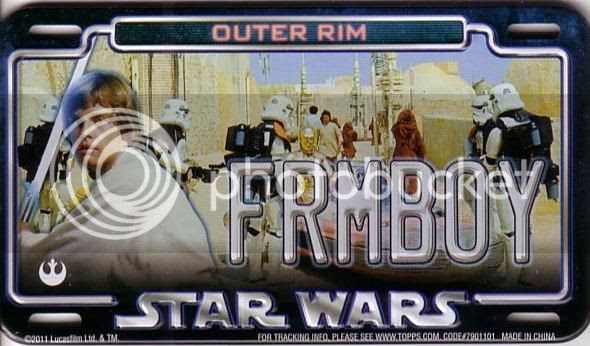