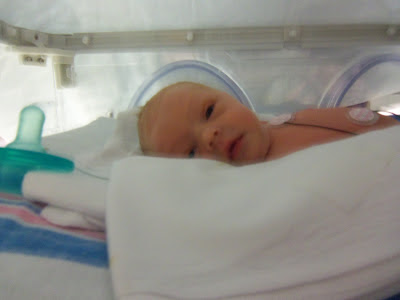 Hudson has never had a season where he had more losses than wins.  That's pretty impressive for a guy with 11 season of 25+ starts.

I had some b-day money burning a hole in my pocket and happened to be at Wal-Mart.  One thing lead to another, and let's just say, I "got to know" a blaster.

The most important base card I got:

In case you don't believe I got these at Wal-Mart, here are the blue parallels:

Chances are, you really only came to this post to see which patch I got.

I was very pleased to get the Cabrera, as it's one of the better ones to get.

However,  must say this one thing:

The Triple Crown is overrated.  I'm not saying it isn't a great accomplishment or a rare occurrence.  I'm saying it is massively overrated.  Because of the Triple Crown, Miguel Cabrera is going to win an MVP award that he shouldn't.  Mike Trout should overwhelmingly be the MVP this year.  The most underrated stat this year: Mike Trout's 49 stolen bases.  Miguel Cabrera was the best hitter this year, but he wasn't the most valuable player.

Is there really any other title you can go with in this situation?  I recently completed a trade with Jeroen, the Dutch Card Guy.  He wanted to grab a team in my group break, and we agreed on a deal that sent him the Dodgers and some trade cards and he would send me some trade cards and some cash.  That way, we could offset the shipping bill a little on the group break side.  In the end, I couldn't be happier.

I searched through Jeroen's trade bait, and the first thing that caught my eye was this numbered BJ:

I have a couple versions of BJ's Co-Signers card, but didn't have this one.  Jeroen sent along a handful of other BJs, and he threw in some younger Uptons as well.

The Brothers Upton made another dual appearance, too:

These were a great pair of relics to add to my collection.

The last card was another card that I had wanted for some time:

The GQ relics don't quite compete with the awesomeness of this year's A&G relics, but they are still great looking cards.  This Zim is no exception.

I'll let Contrary Guy handle this one, since I just read it.  Appropriate that this post comes on Cabrera's birthday.  Good timing.

I showed the first box a little over a month ago, and showed four boxes of the same product in the group break, so you should be fairly familiar with what to expect.

This was sort of random to get out of the box.  It's not too exciting, either.  Baldelli is a member of the Rhode Island Italian-American Hall of Fame which apparently exists.

I don't know much about Kendrick, but his stats say he's a pretty solid player.  His signature is pretty crazy, too.  It's not the greatest auto ever, but still pretty cool.

Another solid relic, but not a real satisfying hit for an iffy box.  This one has alreaded been sent to Dawgbones in a group break trade.

The final hit saved me from really disliking the box:

Again, not a spectacular hit, but it's always awesome to pull a relic of a player you collect.  I dig the action in the swatch, too.

That leaves just one more box to go (2006 Artifacts) in my 4-box Artifacts purchase.