So, I just recently posted what I got...or didn't get, really...in Thorzul's November Group Break. Well, I also happened to throws some dollars at his NCAA Sweet Spot group break.  I picked up the ACC, in hopes of some Tyrod Taylor and Ryan Williams love.  I thought about picking up the SEC for a shot at a Newton, but they were taken.  I ended up picking the Big 12 to help him close out the break, since he cut me a deal on shipping.

Just like the baseball break, I only ended up with one card for my PC: 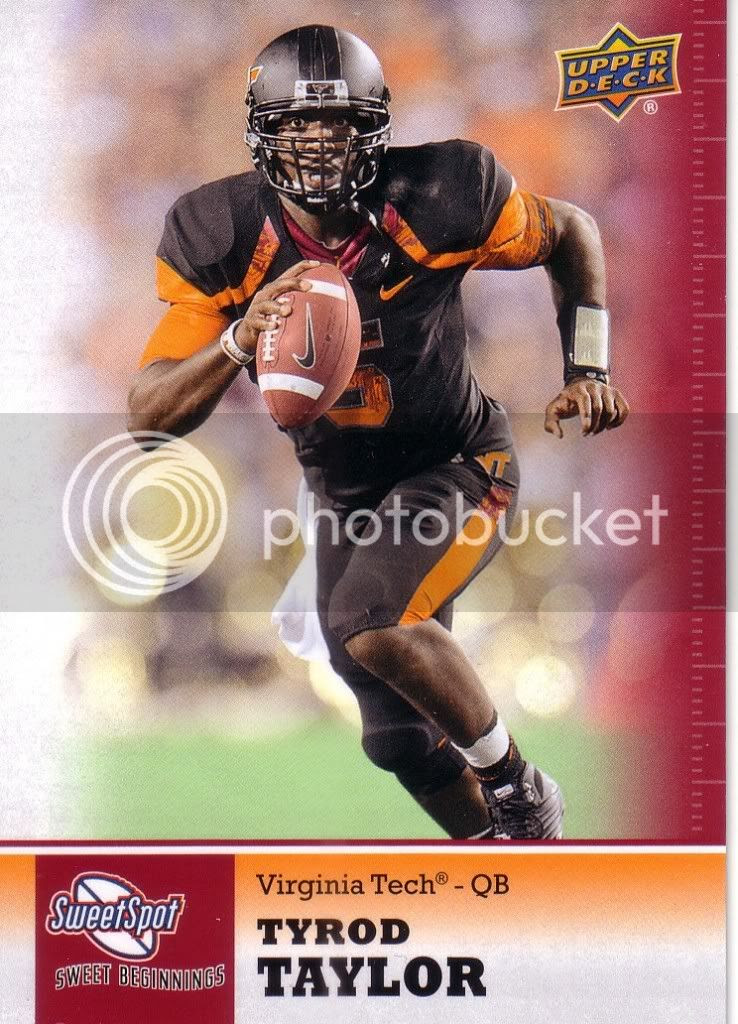 My first Tyrod Taylor.  However, where the baseball break left me only one other card, you could say this one gave me a couple extra:

I actually sold the DeMarco Murray on eBay for a little pocket change.  Gotta love the rookie hype. 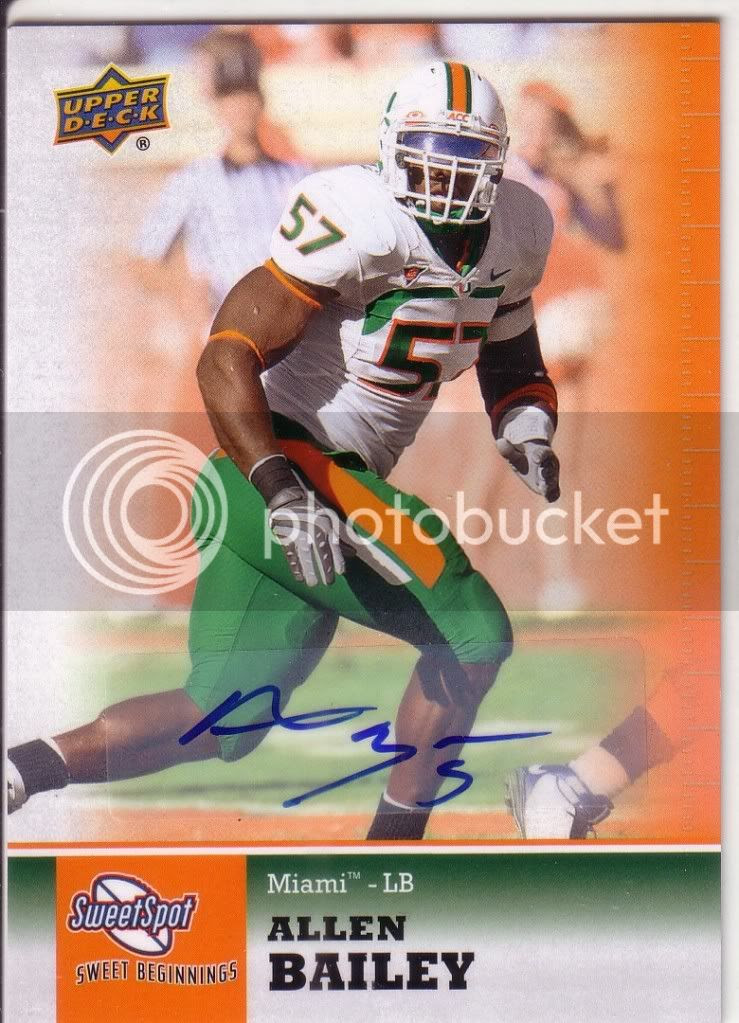 ﻿
I am definitely not a Canes fan, but I'm happy with this card.  Hopefully he develops and I can sell this, unless a Canes fan comes along who is interested in trading. 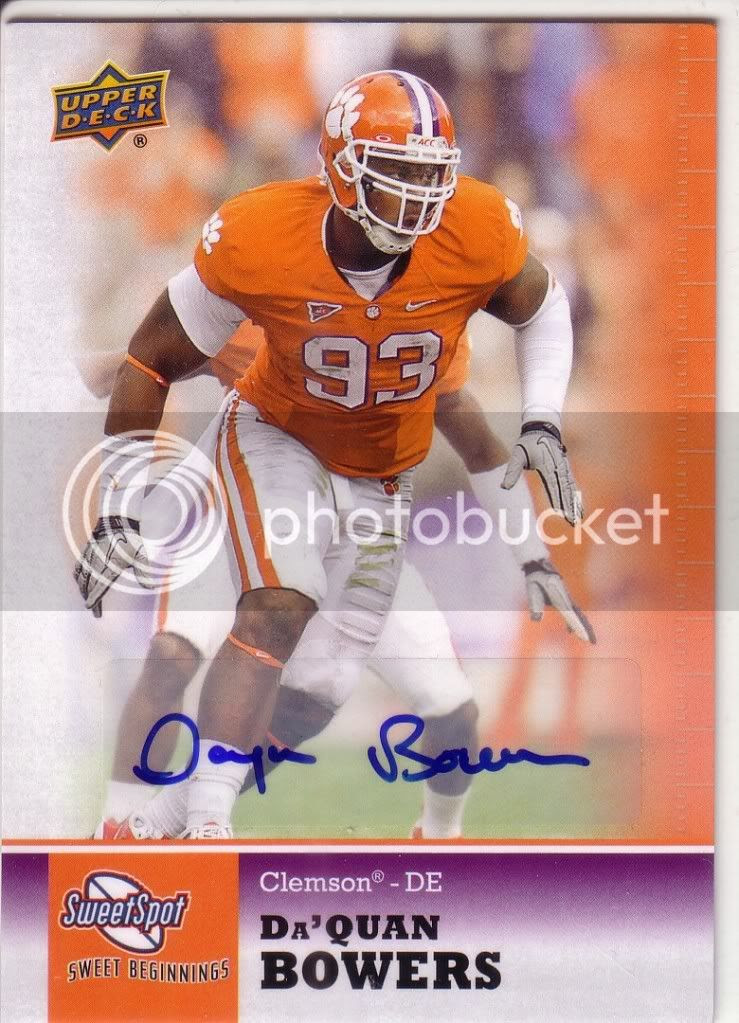 ﻿
It pains me quite a bit to show a Clemson card on here right now.  Oh well.  Da'Quan is at least a big name.  Hopefully I'll be able to sell this when he starts producing.
I also scored a little bit of toilet paper: 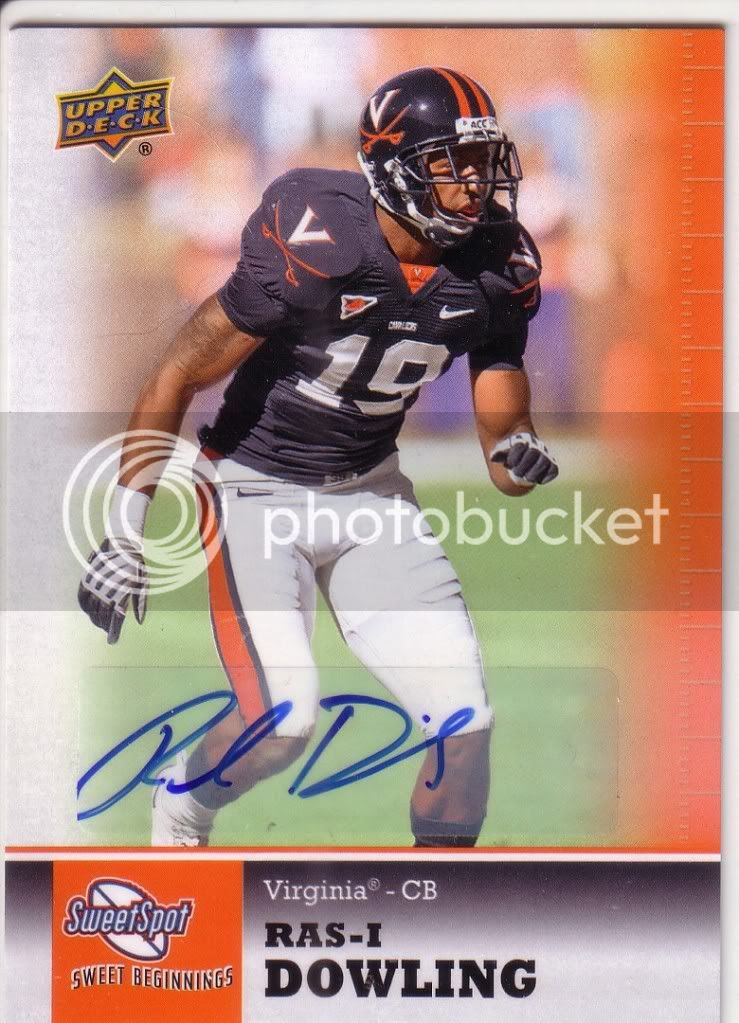 Yuck.  Get it off me.  The one redeeming factor of this card is that my cousin coached him in high school.  Here's the stat of the day: 0-4...aka Dowling's record against VT.  This card was sent to Kevin, who will probably be less tempted to burn it than I am.
I hit a big card for the ACC in a helmet auto: 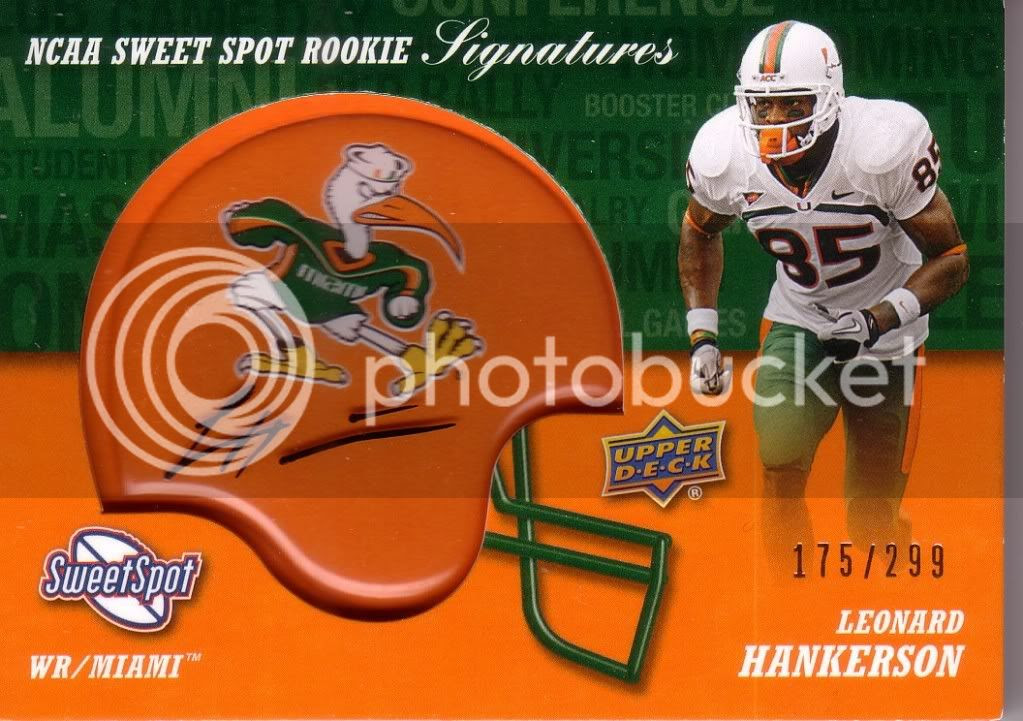 It's the special SP variation with the alternate helmet logo.  The regular one has the U logo on a white helmet.  Hankerson is a beast and I'm glad he isn't facing VT anymore.  He was starting to show promise this season with a 100-yard game, but suffered a season-ending injury. His cards were selling nicely on eBay until the injury, so I think﻿ I'll hang on to it for now, unless a Canes fan makes me a sweet offer.
Not too bad if I do say so myself...especially when you factor in this guy: 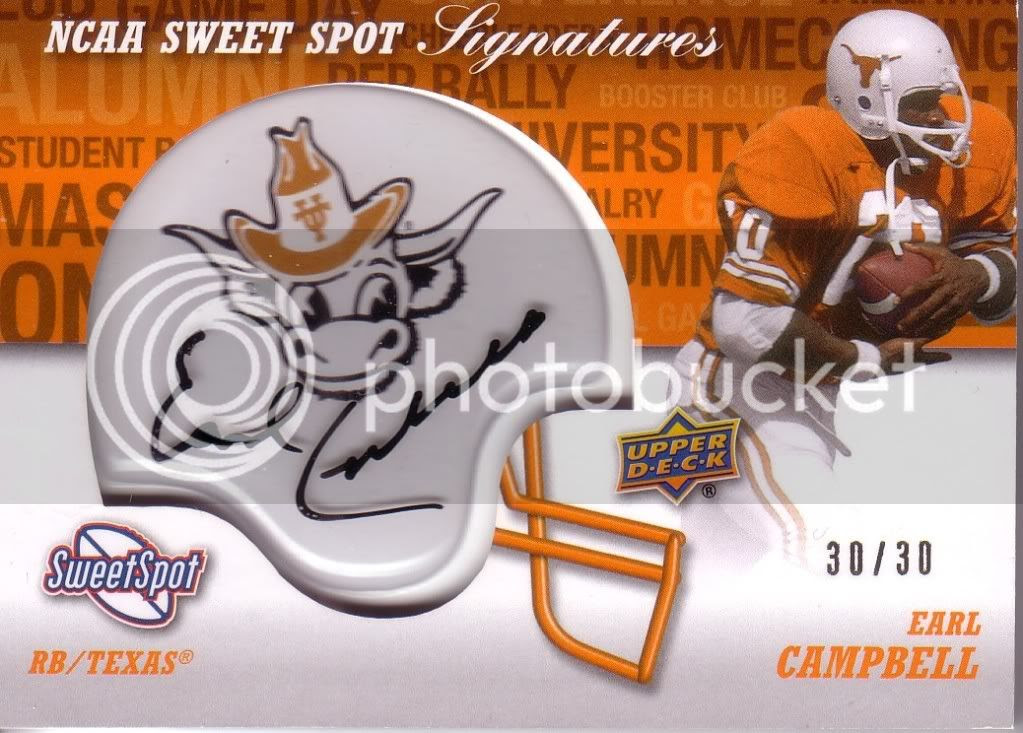 HOFer Earl Campbell helmet auto with the SP variation throwback helmet.  sick Sick SICK!!!  This one sold for a fat chunk of dough on eBay to cover both group breaks.  Fortunately, it was the first Campbell SP auto to show up anywhere as far as I could tell.  Man, I'm glad I snagged the Big 12.
Of the two boxes Thorzul busted, I took home 3 of the 4 base autos and 2 of the 4 helmet autos. The Big 10 got a nice dual auto booklet, but the Campbell was definitely the gem of the break.
In this instance,
college football >>> baseball.
Posted by Spankee at 12/06/2011 05:01:00 PM

Dang, that Campbell is awesome! You did flip it on the 'bay?