As my wife and I were heading out to the truck to go to Target to spend some of our Christmas dough, the mailman pulled up and stepped out with a stack of mail and a small box.  He handed it to my wife and she said it was addressed to me.  It was a surprise package from Dawgbones of...well...Dawgbones.  He had first contacted me about my last contest and we got to talking about many things, including the fact that he lives where I grew up, and I now live near where he works.  Small world.  He sent along an awesome package that included some cards:

Yes, that's a 2002 Bowman David Wright RC.  I already have that card, but had been looking for another one for my brother, who is good friends and former high school basketball teammates with David.  There was also a BJ Upton Fathead Tradeables:

I had never seen one of these in person, so I was surprised to see how big it was (6"x8" ish maybe?).  The highlight of the package, however, were Paper Figures of Mickey Mantle and David Wright. 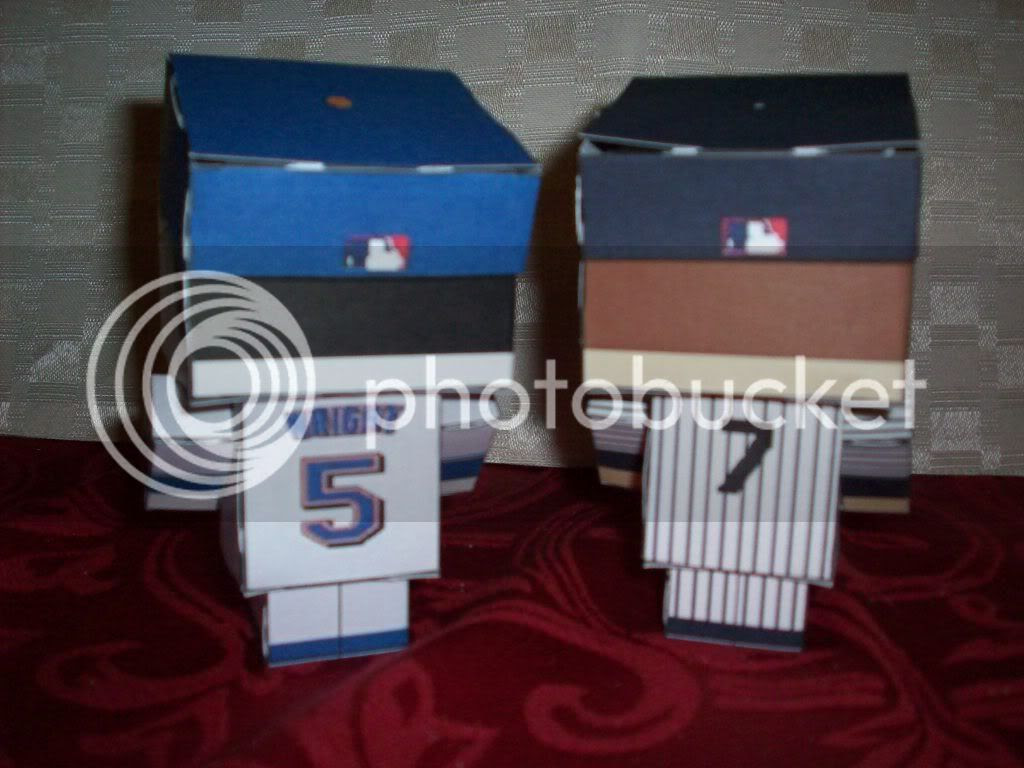 I had a massive brain fart for a minute or two trying to figure out who #7 for the Yankees was...I'mmmmmm dumb. 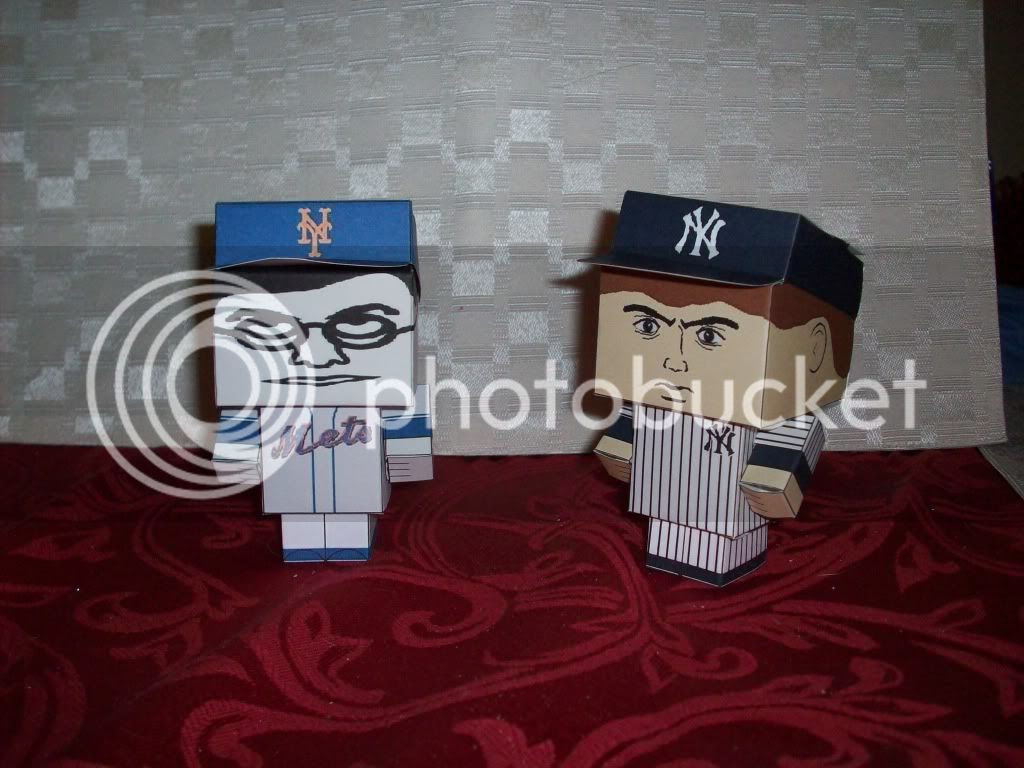 He even took my Jefferson Burdick image and slapped it on for the face of the David Wright.  Don't tell my family, but I think that is my favorite Christmas present I opened this year.  I will absolutely be sending Dawgbones a sick package in return, because this was just plain awesome.
Posted by Spankee at 12/31/2010 12:01:00 PM

Another successful surprise through the mail!! Glad you liked it. Happy New Year my friend.